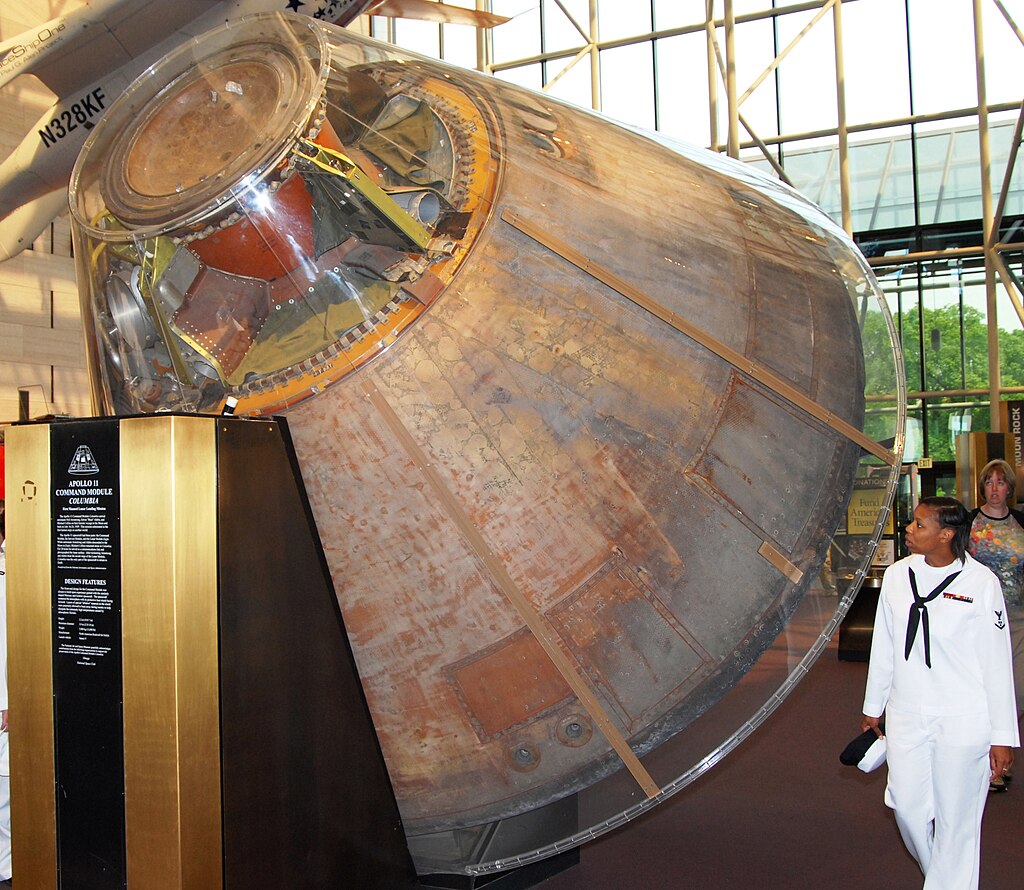 The Apollo command and service module (CSM) was one of two vital modules of the United States Apollo spacecraft, used for the Apollo program, which landed astronauts on the Moon between 1969 and 1972. Apollo 11 was the spaceflight mission commanded by Neil Armstrong and pilot Buzz Aldrin which landed the Lunar Module “Eagle” on the moon on July 20, 1969.

After a successful moon landing, the Apollo 11 Command Module called “Columbia” was used by the astronauts to return to earth. “Columbia” splashed into the Pacific Ocean to be collected by the recovery ship, USS Hornet. 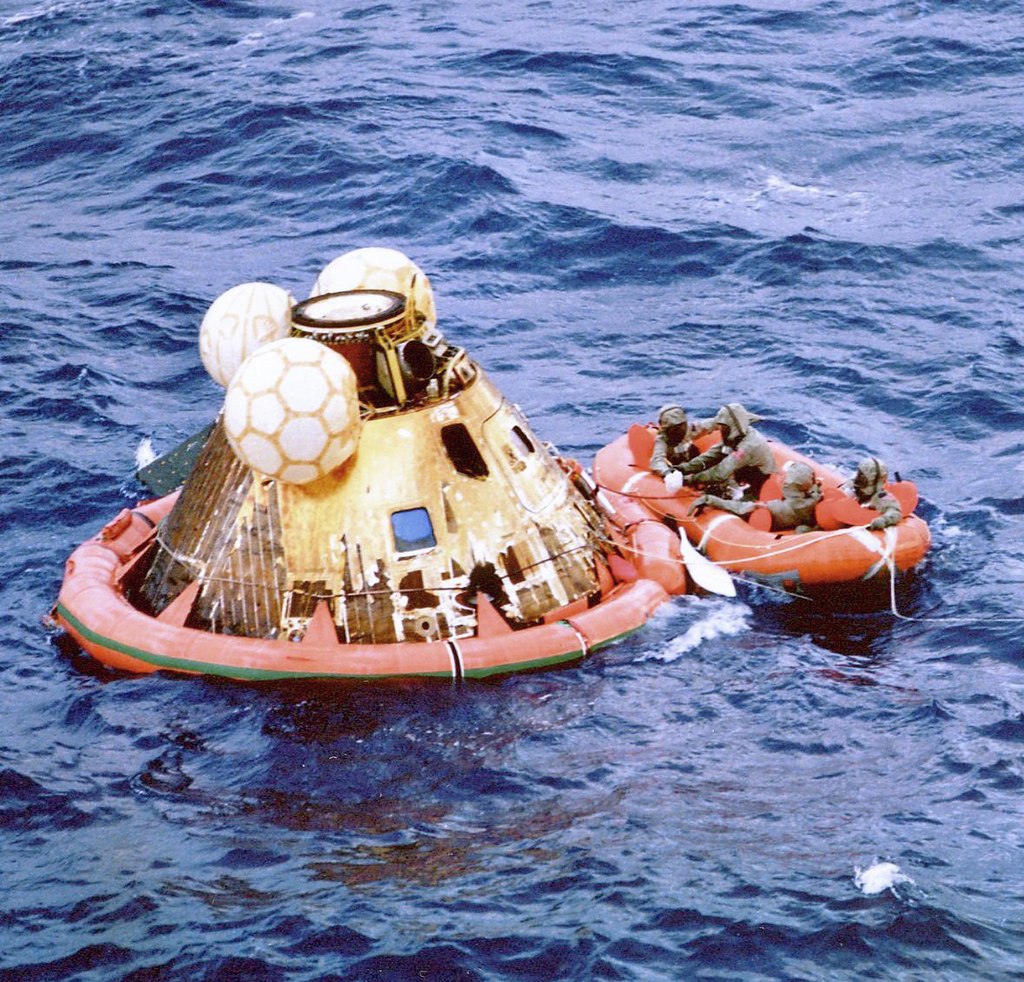 Parachutes were deployed seven minutes before the Command Module struck the ocean water with force. During splashdown, the Command Module landed upside down but was righted within 10 minutes by flotation bags triggered by the astronauts. Armstrong’s last official transmission from the Columbia was:

A diver from the Navy helicopter hovering above attached a sea anchor to the Command Module to prevent it from drifting. This Command Module, “Columbia” is on display at the National Air and Space Museum. Armstrong’s and Aldrin’s space suits are displayed in the museum’s Apollo to the Moon exhibit.

The CSM functioned as a mother ship, which carried a crew of three astronauts and the second Apollo spacecraft, the Lunar Module, to lunar orbit, and brought the astronauts back to Earth. It consisted of two parts: the conical “Command Module”, a cabin that housed the crew and carried equipment needed for atmospheric reentry and splashdown; and the cylindrical “Service Module” which provided propulsion, electrical power and storage for the mission. Just before re-entry of the Command Module on the return home, the Service Module was cast off and allowed to burn up in the atmosphere.

Nineteen CSMs were launched into space. Of these, nine flew humans to the Moon between 1968 and 1972, and another two performed crewed test flights in low Earth orbit, all as part of the Apollo program. Before these, another four CSMs had flown as uncrewed Apollo tests Following the conclusion of the Apollo program and during 1973–1974, three CSMs ferried astronauts to the orbital Skylab space station. Finally in 1975, the last flown CSM docked with the Soviet craft Soyuz 19 as part of the international Apollo–Soyuz Test Project.

After the crew of Apollo 10 named their spacecraft “Charlie Brown” and “Snoopy”, NASA decided that the Apollo 11 crew needed more serious Call Signs for their craft. The Apollo 11 Lunar Module was named “Eagle” after the motif which was featured prominently on the mission insignia.

The Apollo 11 Command Module was named Columbia after Columbiad, the giant cannon that launched a spacecraft, also from Florida, in Jules Verne’s 1865 novel “From the Earth to the Moon”. It also referenced Columbia, a historical name of the United States.

In Jules Verne’s novel “From the Earth to the Moon”, a giant “Columbiad” space gun is constructed in Tampa, Florida after the American Civil War, to strike the Moon. A bullet-shaped projectile was designed to carry people.

“That’s one small step for man, one giant leap for mankind.”
– Neil Armstrong