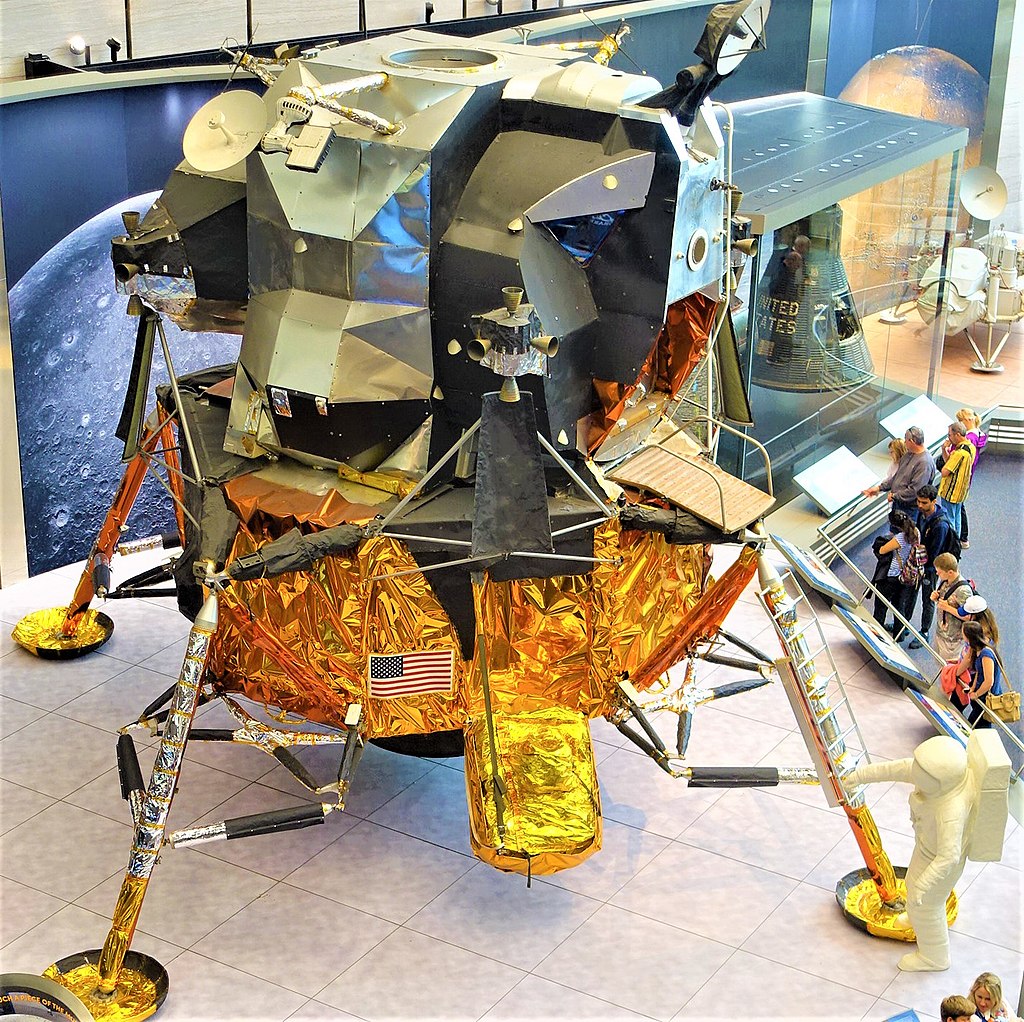 The Apollo Lunar Module was the landing module of the Apollo spacecraft built for the Apollo program. Designed to carry a crew of two from lunar orbit to the surface and then back to the Command Module.

Six such craft successfully landed on the Moon between 1969 and 1972. A seventh provided propulsion and life support for the crew of Apollo 13 when their Command Module was disabled by an oxygen tank explosion on route to the Moon.

The total cost of the Lunar Module for the development and the units produced was over $2.2B.

This Apollo Lunar Module that is on display at the National Air and Space Museum is LM-2, which was intended for the second uncrewed flight, but instead was used for ground testing.

The landing gear was added for drop testing. It does not have an optical alignment telescope or a flight computer.

When the Apollo 11 astronauts landed on the Moon, they left behind a white pouch containing a silicon disc, inscribed with messages from 73 leaders of the different countries around the world, expressing wishes of goodwill and peace.

Their words were photographed and reduced to 1/200 scale, ultra microfiche silicon etching. The disc rests in an aluminum case on the Moon’s Sea of Tranquility.

At the top of the disc is the inscription: “Goodwill messages from around the world brought to the Moon by the astronauts of Apollo 11.” Around the rim is the statement: “From Planet Earth — July 1969”.

The disc also carried names of the leadership of the Congress, the committees of the House and Senate responsible for legislation related to the National Aeronautics and Space Administration (NASA), and NASA’s top management, including past administrators.

What’s inside of the Lunar Module?

What Happened to the Spent Lunar Modules?

Peeking Inside a Messy Lunar Module

“Isn’t it astonishing that all these secrets have been preserved for so many years
so that we could discover them!”
-Orville Wright