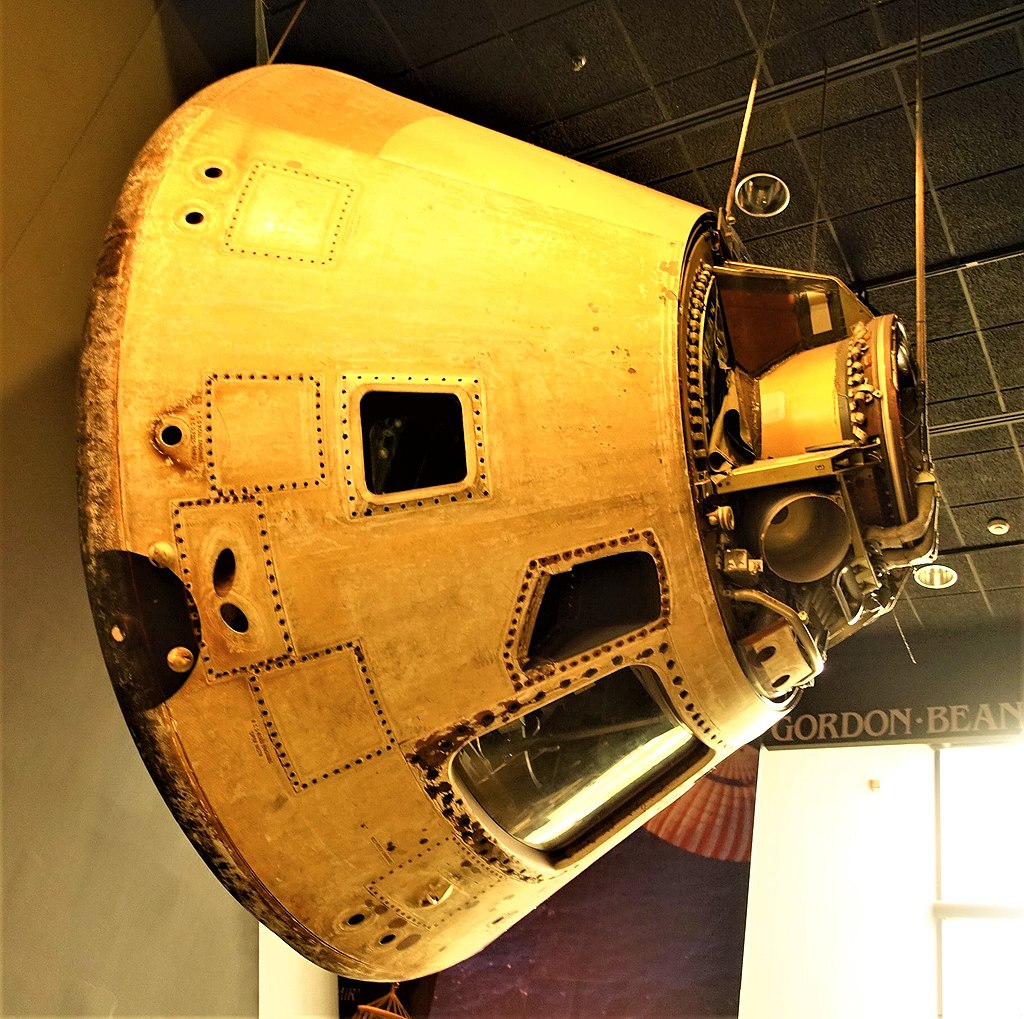 This Skylab 4 Apollo Command Module served as the cabin for going to and from Skylab, the first U.S. space station. Skylab 4, the last of the Skylab missions and was launched in 1973 with this Command Module and the three-person crew, who spent 84 days in orbit.

Skylab 4 astronauts performing scientific experiments in the areas of medical activities, solar observations, Earth resources, observation of the Comet Kohoutek and other investigations.  None of the crew of Skylab 4 flew in space again, as they had not been selected for Apollo-Soyuz and all of them retired from NASA before the first Space Shuttle launch.