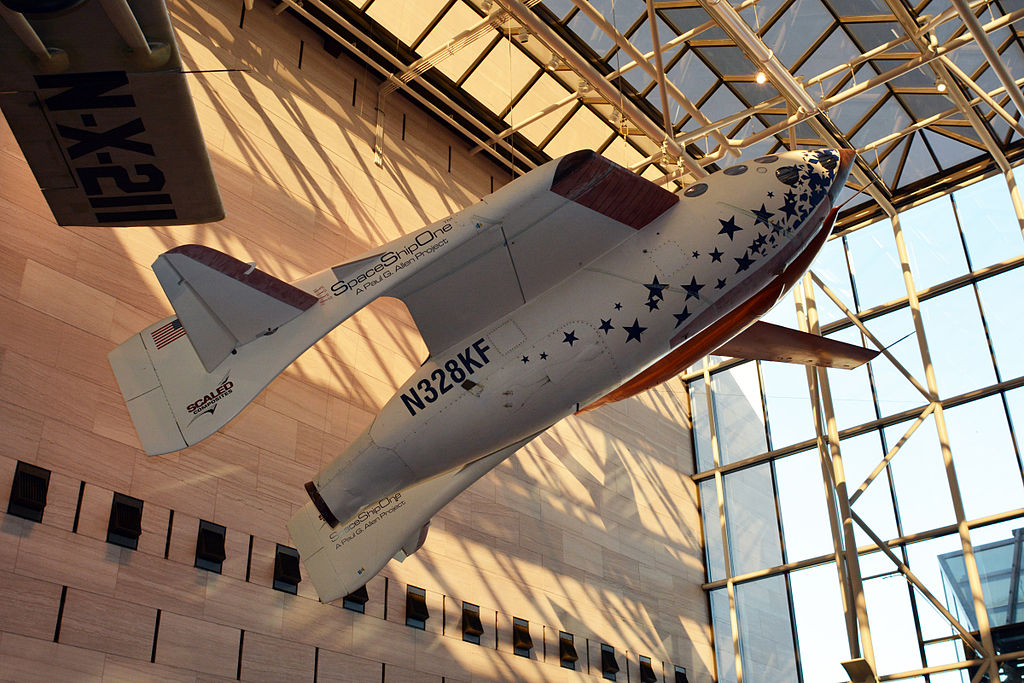 As part of this project, the Mojave Air and Space Port was the first commercial spaceport licensed in the United States. And the first pilot of SpaceShipOne became the first licensed U.S. commercial astronaut.

SpaceShipOne was an experimental air-launched rocket-powered aircraft with suborbital flight speeds of up to 900 m/s (3,000 ft/s), using a hybrid rocket motor.

The design features a unique “feathering” atmospheric reentry system where the rear half of the wing and the twin tail booms folded upward along a hinge running the length of the wing; this increased drag while providing stability. 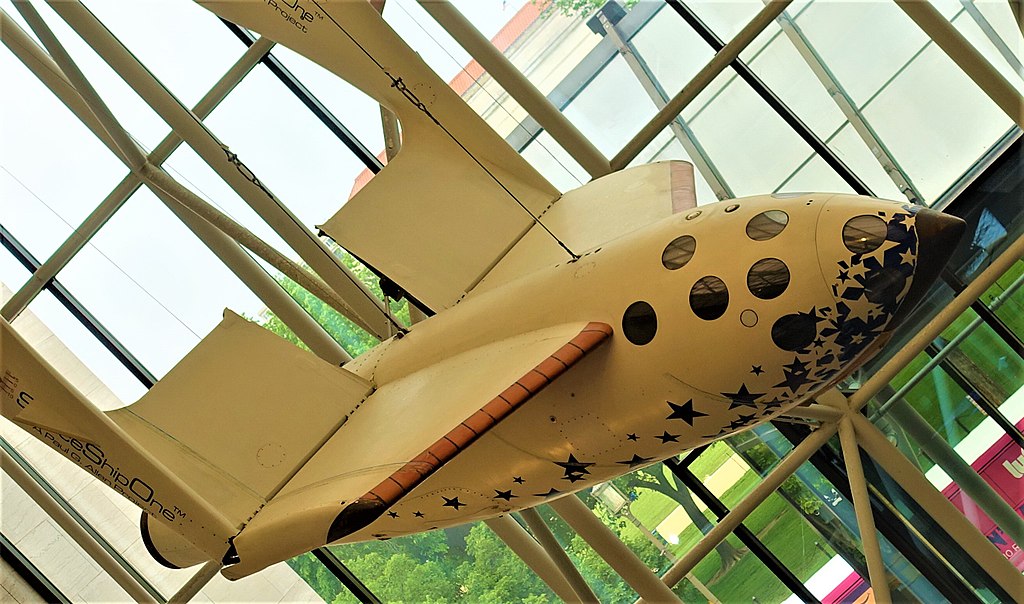