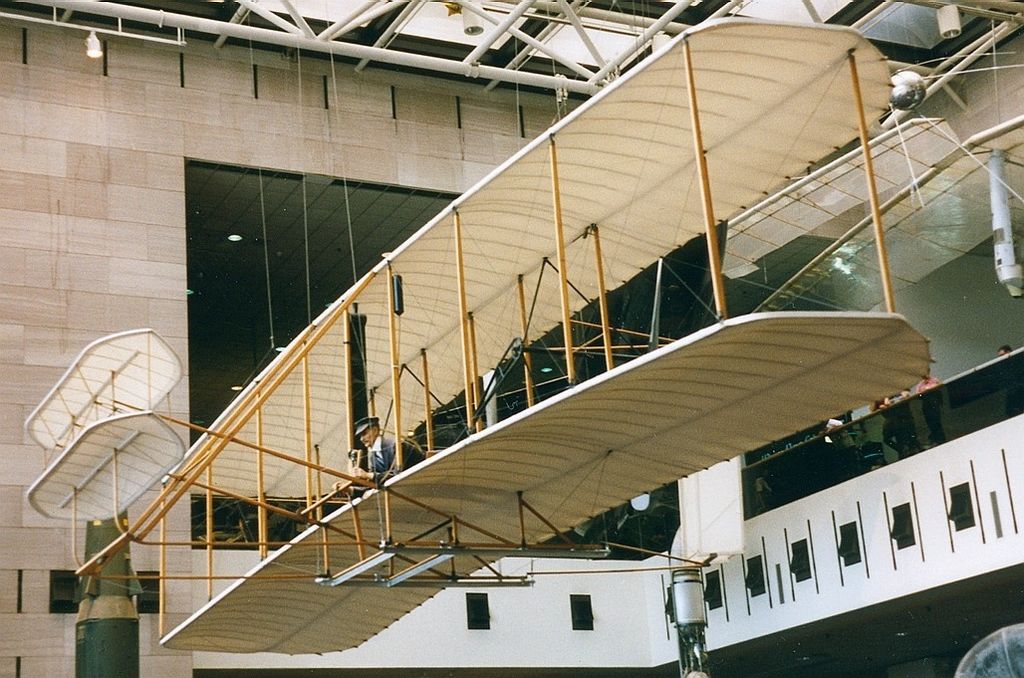 The Wright Flyer was the first successful powered aircraft, and its flight marks the beginning of the “pioneer era” of aviation. It was designed and built by the Wright brothers, and they flew it four times in 1903.

The Flyer was based on the Wrights’ experiments in testing gliders at Kitty Hawk, North Carolina, U.S., between 1900 and 1902. The Wright brothers, Wilbur and Orville, built the aircraft in 1903 using giant spruce wood.

They design a new engine, effectively a crude gasoline engine. A sprocket chain drive, borrowing from bicycle technology, powered the twin propellers, which were also made by hand.

The Flyer was a biplane, and the pilot flew lying on his stomach on the lower wing. He steered by moving a cradle attached to his hips. The Flyer was highly unstable and barely controllable.

However, on December 14, 1903, they felt ready for their first attempt at powered flight. On the first attempt, they used an inclined launch, and Wilbur pulled up too sharply, stalled, and came down in about three seconds with minor damage.

Three days later on the 17th, after repairs, the wind was averaging more than 20 mph, so the brothers laid the launching rail on level ground, pointed into the wind.

This time the wind helped provide the necessary airspeed for take-off. The first flight lasted 12 seconds for a total distance of 120 ft (36.5 m).

Taking turns, the brothers made four short, low-level flights that day. The flight paths were all straight as turns were not attempted. The last flight was 852 feet (260 m) in 59 seconds, much longer than each of the previous flights.

Soon after these historic flights, a massive wind picked up the Flyer, and it tumbled, damaging it beyond repair. It was never flown again. Today, the Wright Flyer is exhibited in the National Air and Space Museum in Washington, D.C. 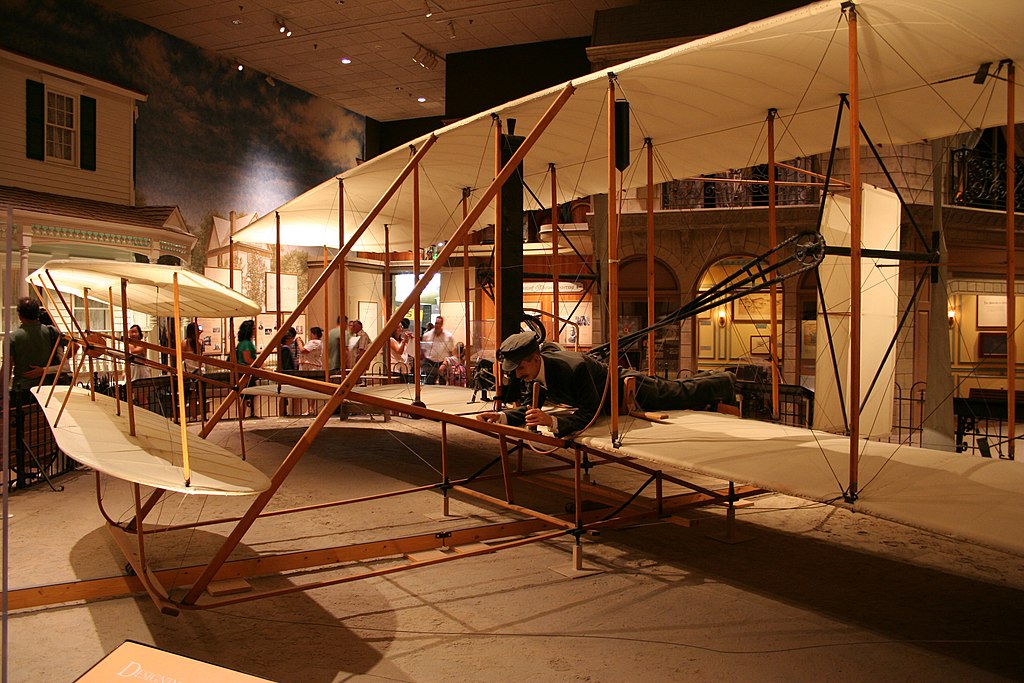 The Wright Flyer III which followed was the first truly practical fixed-wing aircraft.

The brothers’ breakthrough was their creation of a control system, which enabled the pilot to steer the aircraft effectively and to maintain its equilibrium. This three-axis control method remains standard on fixed-wing aircraft of all kinds.

Using a small home-built wind tunnel, the Wrights also collected more accurate data than any before, enabling them to design more efficient wings and propellers.

The brothers gained the mechanical skills by working for years in their shop with printing presses, bicycles, motors, and other machinery.

Their work with bicycles, in particular, influenced their belief that an unstable vehicle such as a flying machine could be controlled and balanced with practice.

The Brilliant Engineering of WRIGHT FLYER!

The Home of the Wright Brothers