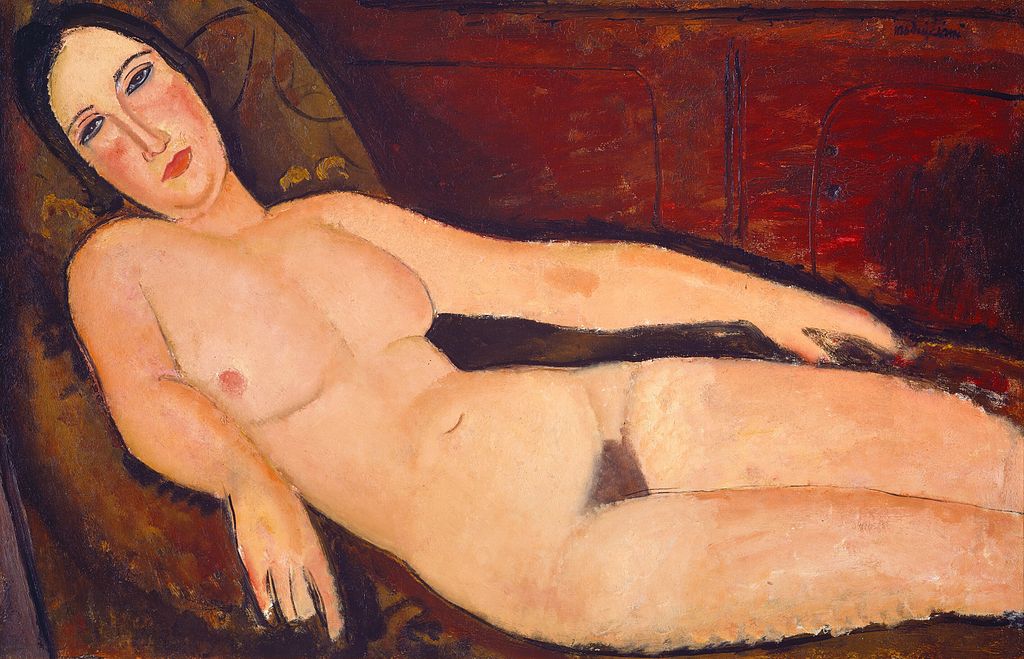 “Nude on a Divan” by Amedeo Modigliani

“Nude on a Divan” by Amedeo Modigliani is one of the dozens of nudes created by Modigliani in a modern style characterized by elongation of faces and figures that echo precursors such as Titian, Goya, and Velázquez. However, Modigliani’s figures differ significantly in the level of raw sensuality they transmit. Unlike depictions of female nudes from the Renaissance to the nineteenth century, in which female nudity is couched in mythology or allegory, this series of paintings are without any such context, highlighting the painting’s eroticism.

The several dozen nudes that Modigliani painted between 1916 and 1919 constitute many of his best-known works. Modigliani’s dealer and friend commissioned this series of nudes. He also lent Modigliani the use of his apartment, supplied models, painting materials, and paid him for his work. The paintings from this arrangement were, therefore, different from his previous depictions of friends and lovers. These paintings were funded by Zborowski, his art dealer, either for his own collection or with an eye to their commercial potential.

The nude, which depicts an anonymous model, is one of a series of nude artworks that caused a scandal when they were first exhibited at the Modigliani’s only solo show in Paris in 1917. A crowd formed outside the gallery window, where one of the nudes was openly on display, and police demanded the immediate closure of the exhibition. Ultimately, Modigliani’s nudes reaffirm and reinvigorate the nude as a subject of modernist art.

Nude on a Divan

A Tour of the National Gallery of Art, Washington, D.C.