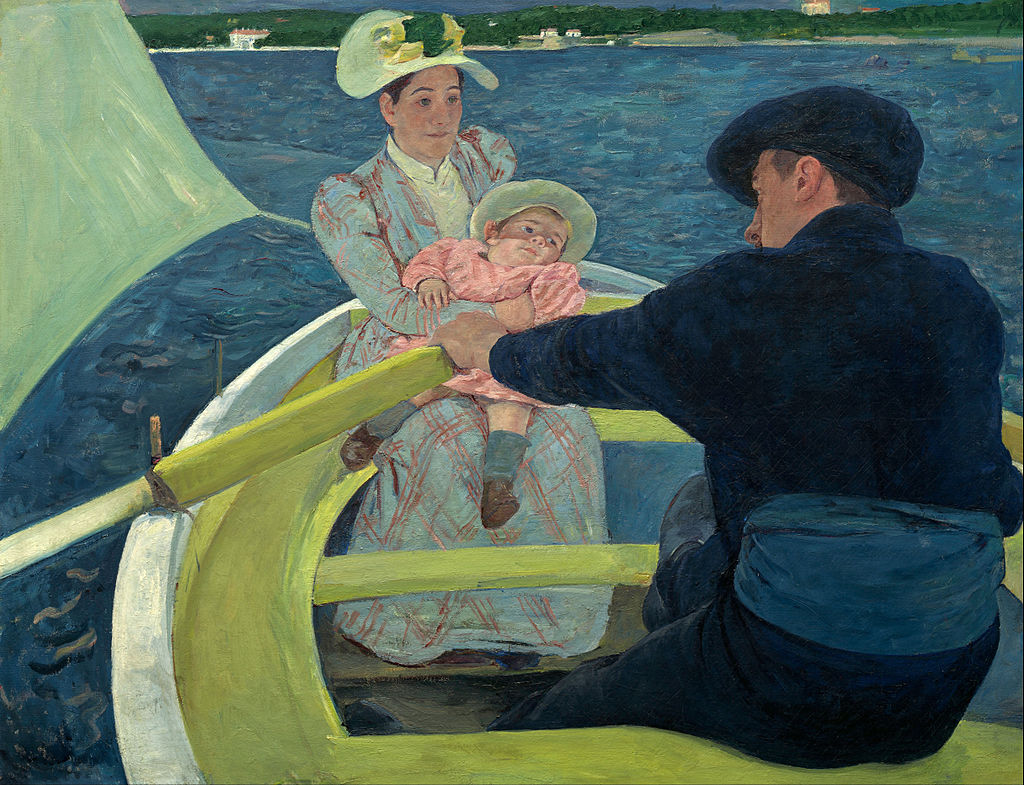 “The Boating Party” by Mary Cassatt

“The Boating Party” by Mary Cassatt depicts a woman, baby, and man in a sailboat. It is one of her most massive oil paintings and is an unusual painting compared to Cassatt’s other artworks.

While it does show her familiar theme of a mother and child, most of her other pictures are set in domestic interiors or gardens.

In this painting, Cassatt expertly contrasts the dark figure of the oarsman with colorfully dressed figures of mother and child.

In 1890 Cassatt visited the great Japanese Print exhibition in Paris, and she started collecting Japanese prints, which had a significant influence on her.

In this picture, Cassatt placed the horizon at the very top of the frame in the Japanese fashion.

Cassatt painted this picture during the winter of 1893–1894 in Antibes, on the French Riviera.

She was on holiday with her mother after her successful completion of the mural Modern Woman, commissioned for the Woman’s Building at Chicago’s 1893 World’s Columbian Exposition.

Also, her exhibition in 1893 at Durand-Ruel’s gallery had been well received.

Cassatt enjoyed the wave of feminism that occurred in the mid-1800s, allowing relatively more open access to educational institutions.

She was also an outspoken advocate for women’s equality, campaigning with her friends for equal travel scholarships for students in the 1860s, and the right to vote in the 1910s.

“The first sight of Degas’ pictures was the turning point of my artistic life.”
– Mary Cassatt