FDR’s Fireside Chat Radio Broadcasts were a series of evening radio addresses given by U.S. President Franklin D. Roosevelt (“FDR”) between 1933 and 1944.

Roosevelt usually made his address from the Diplomatic Reception Room of the White House. He would often begin his talks with the words, “My friends” or “My fellow Americans.”

This RCA Type 50-A microphone with the National Broadcasting Company logos on the top and sides was used for FDR’s Fireside Chat Radio Broadcasts.

Roosevelt spoke with familiarity with millions of Americans about his policies and action regarding the recession, New Deal initiatives, and World War II.

By speaking directly to the people, he was able to quell rumors and explain his policies. His tone and demeanor communicated self-assurance during times of despair and uncertainty.

Roosevelt was an effective communicator, and the fireside chats kept the public on his side throughout his presidency.

FDR’s Fireside Chat Radio Broadcasts were later described as a

Roosevelt believed that his administration’s success depended upon a positive dialogue with the electorate. The use of radio for direct appeals was his most important innovation in political communication. 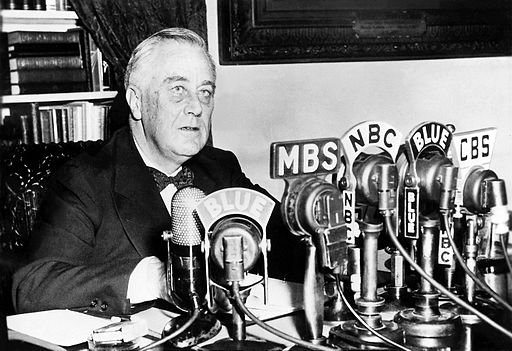 Roosevelt’s opponents had control of most newspapers in the 1930s, and press reports were under their control and involved their negative editorial commentary against his progressive policies.

Roosevelt appealed directly to radio listeners for help getting his progressive agenda passed. Letters poured in after each of these addresses, which helped pressure legislators to pass measures Roosevelt had proposed.

Roosevelt delivered only 31 addresses during his long presidency resisting those who encouraged him to speak on the radio more frequently. He claimed:

“The one thing I dread is that my talks should be so frequent as to lose their effectiveness. … I think we must avoid too much personal leadership—my good friend Winston Churchill has suffered a little from this.”

Roosevelt’s greatest accomplishment was his ability to lead, inspire, and assure Americans through some of the darkest years in the nation’s history. 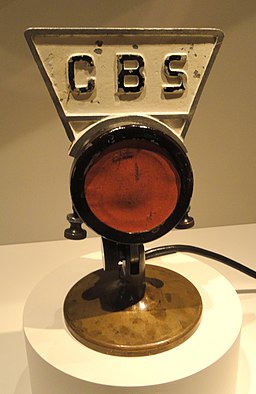 A member of the Democratic Party, he won a record four presidential elections. During most of the Great Depression, he directed the federal government, implementing his New Deal domestic agenda in response to the worst economic crisis in U.S. history.

His third and fourth terms were dominated by World War II, which ended shortly after he died in office.

“If civilization is to survive, we must cultivate the science of human relationships – the ability of all peoples, of all kinds, to live together, in the same world at peace.”
– Franklin D. Roosevelt