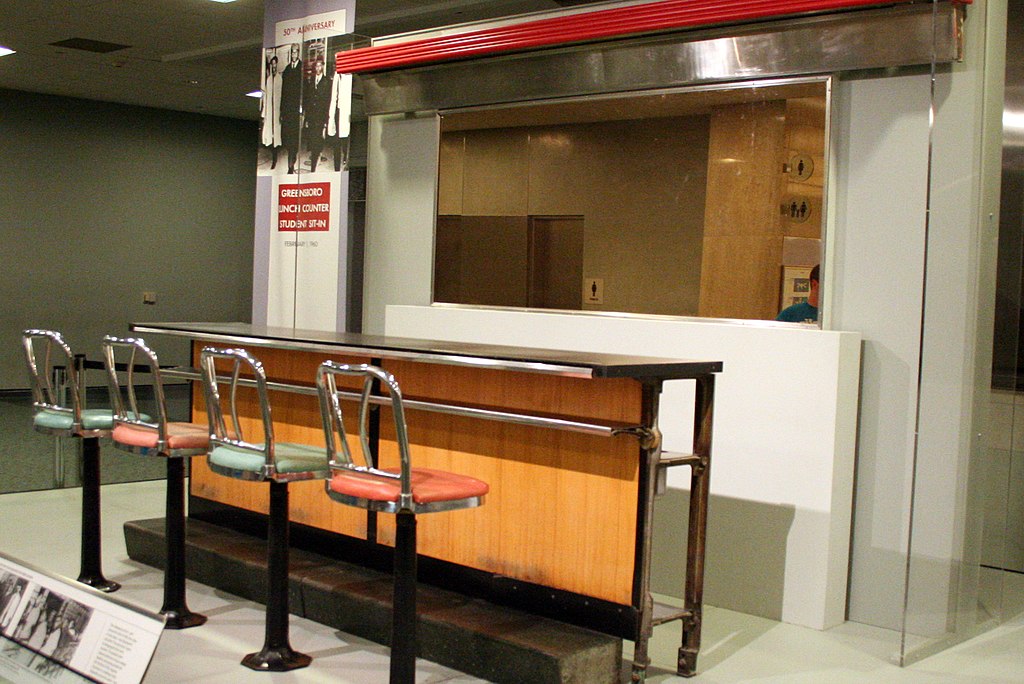 This 4-seat section of what used to be the “Whites Only” lunch counter from the Woolworth department store in Greensboro, North Carolina, is part of the Civil Rights history that was made in 1960.

It is at this lunch counter where four African American students sat down and were refused service when they asked for a cup of coffee.

Following store policy, the Lunch Counter staff refused to serve the African American men at the “whites only” counter, and the store manager asked them to leave.

The four freshmen stayed until the store closed that night. The next day and the following days, more African American students joined the sit-ins.

With national publicity, the sit-in movement then spread to other Southern cities and lasted for nearly six months from February 1 – July 25, 1960.

Students also began a boycott of stores with segregated lunch counters, and sales dropped by a third, leading their owners to abandon the segregation policies soon after. Most shops were eventually desegregated.

The media picked up this issue and covered the Sit-ins nationwide. By highlighting such practices, the students played a significant part in the history of the Civil Rights Movement.

The Greensboro, North Carolina, Woolworth store, is now the International Civil Rights Center and Museum, where the rest of the Lunch Counter sits on display.

Reflections on the Greensboro Lunch Counter

1st February 1960: Start of the Greensboro sit-ins to protest segregation

The Butler -Sit in Scene