The Star-Spangled Banner was the garrison flag that flew over Fort McHenry in Baltimore Harbor during the War of 1812. The flag inspired Francis Scott Key to write a poem in 1814, which included the following lines:

“And this be our motto: ‘In God is our trust.’
And the star-spangled banner in triumph shall wave
O’er the land of the free and the home of the brave!”

This poem gave the flag its name, and later, when the poem was set to the tune of “To Anacreon in Heaven” by John Stafford Smith, it then evolved into the national anthem of the United States.

The War of 1812 (1812–1815) was a conflict fought between the United States, the United Kingdom, and their respective allies.

As Fort McHenry was made ready to defend the city’s harbor, an order was placed by the senior commanders with a prominent Baltimorean flagmaker for an oversized American Flag. The commander of Fort McHenry, specified:

“a flag so large that the British would have no difficulty seeing it from a distance.”

This flag was sewn by local flagmakerMary Pickersgill, who stitched what became the largest U.S. battle flag that has ever flown up to that time.  The flag has fifteen horizontal red and white stripes, as well as fifteen white stars in the blue field. 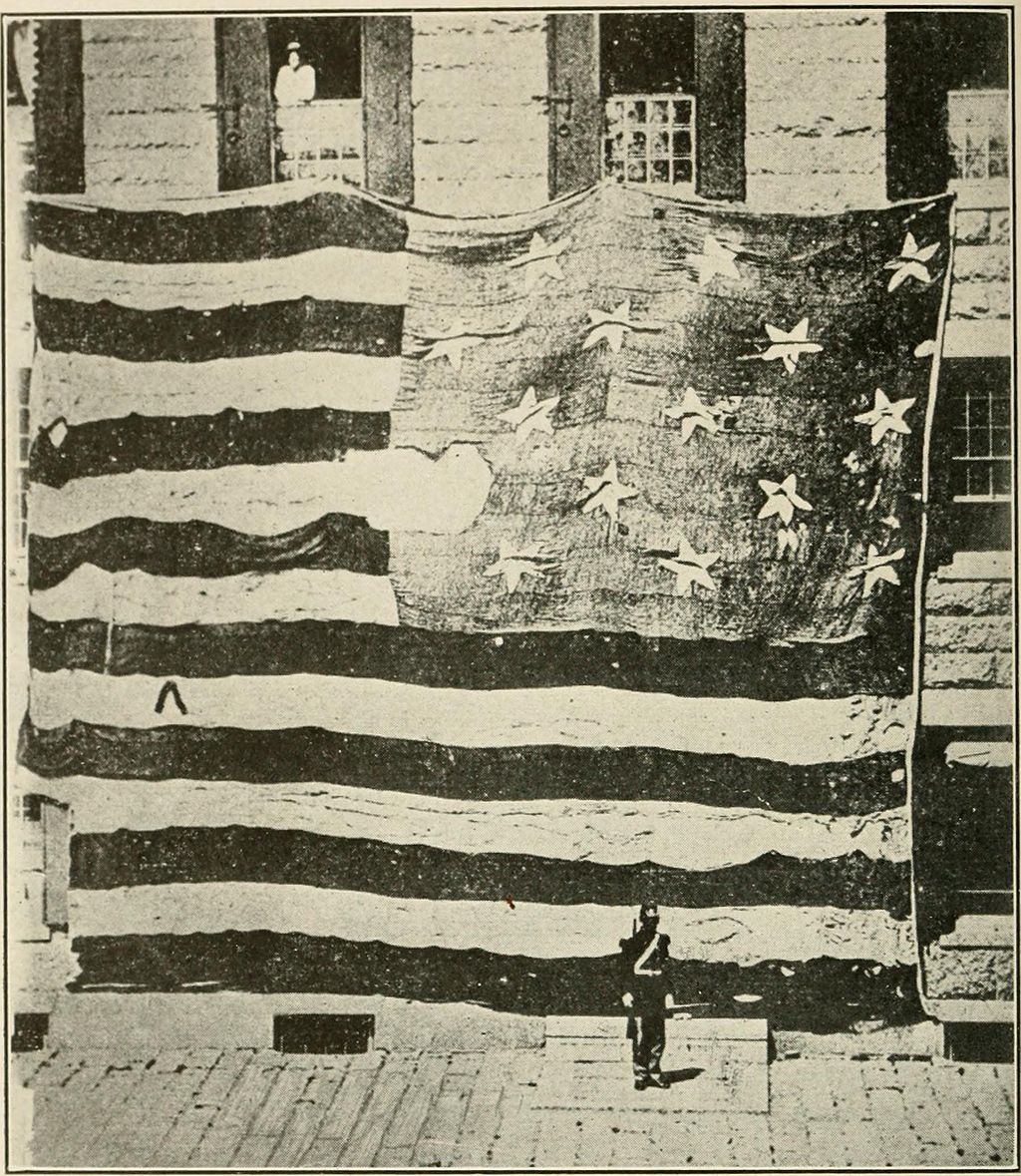 The Flag photographed in 1873 in the Boston Navy Yard

After the battle, the Fort Commander’s family gave away pieces of the flag as souvenirs and gifts. These cuttings, along with deterioration from use, removed several feet of fabric from the flag’s fly end.

The flag currently has only fourteen stars, the fifteenth missing star was given as a gift, but its recipient and current whereabouts are unknown.

The Battle of Fort McHenry, through Francis Scott Key’s Eyes

Removing 1.7 Million Stitches in under a Year

The History of the Star-Spangled Banner for Kids: Francis Scott Key and Fort McHenry

“Isn’t it astonishing that all these secrets have been preserved for so many years,
just so we could discover them!”
– Orville Wright