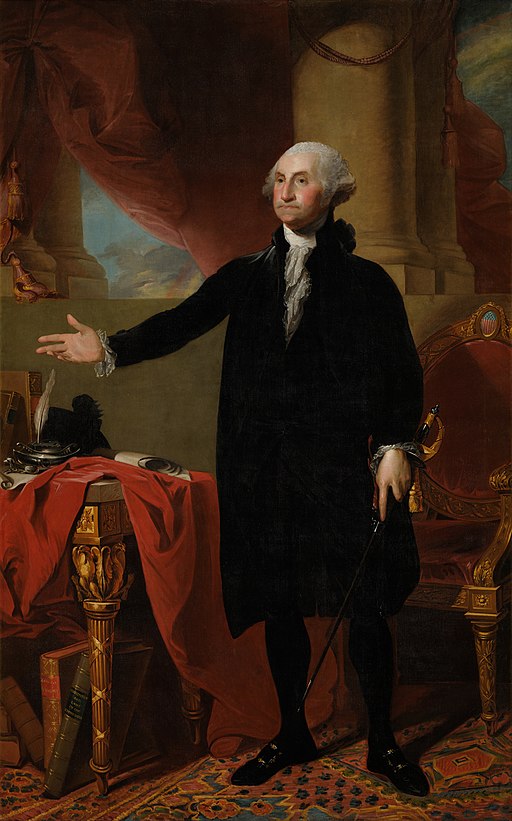 The painting is full of ancient and contemporary symbolism, including:

A replica of the Lansdowne portrait of George Washington by Gilbert Stuart that hangs in the East Room of the White House.

Gilbert Stuart is considered one of America’s foremost portraitists. His best-known work is the unfinished portrait of George Washington that is sometimes called The Athenaeum.

His image of George Washington featured in the painting has appeared on the United States one-dollar bill for more than a century and on various U.S. postage stamps.

Conservation of the Lansdowne Portrait

Hidden Clues You May Have Missed in Washington’s Portrait

The Lansdowne Portrait of George Washington