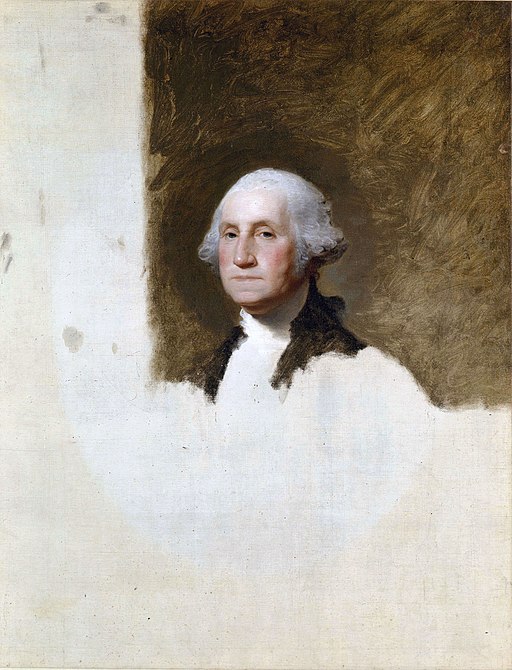 “George Washington”  by Gilbert Stuart is a portrait of the first president of the United States and is also known as “The Athenaeum.” It is Stuart’s most celebrated and famous work.

This image of Washington has appeared on the United States one-dollar bill for more than a century and on various U.S. postage stamps.

However, he never completed this original version. After finishing Washington’s face, he held the original version to make the copies. Stuart, along with his daughters, painted over 100 reproductions of The Athenaeum.

This unique portrait was left unfinished at the time of Stuart’s death in 1828.

This famous, unfinished portrait of Washington was eventually owned by the Boston Athenaeum, one of the oldest independent libraries in the United States.

The painting was then purchased under controversial circumstances jointly by the National Portrait Gallery and Museum of Fine Arts, Boston in 1980, and the picture spends three years at each institution before being rotated.