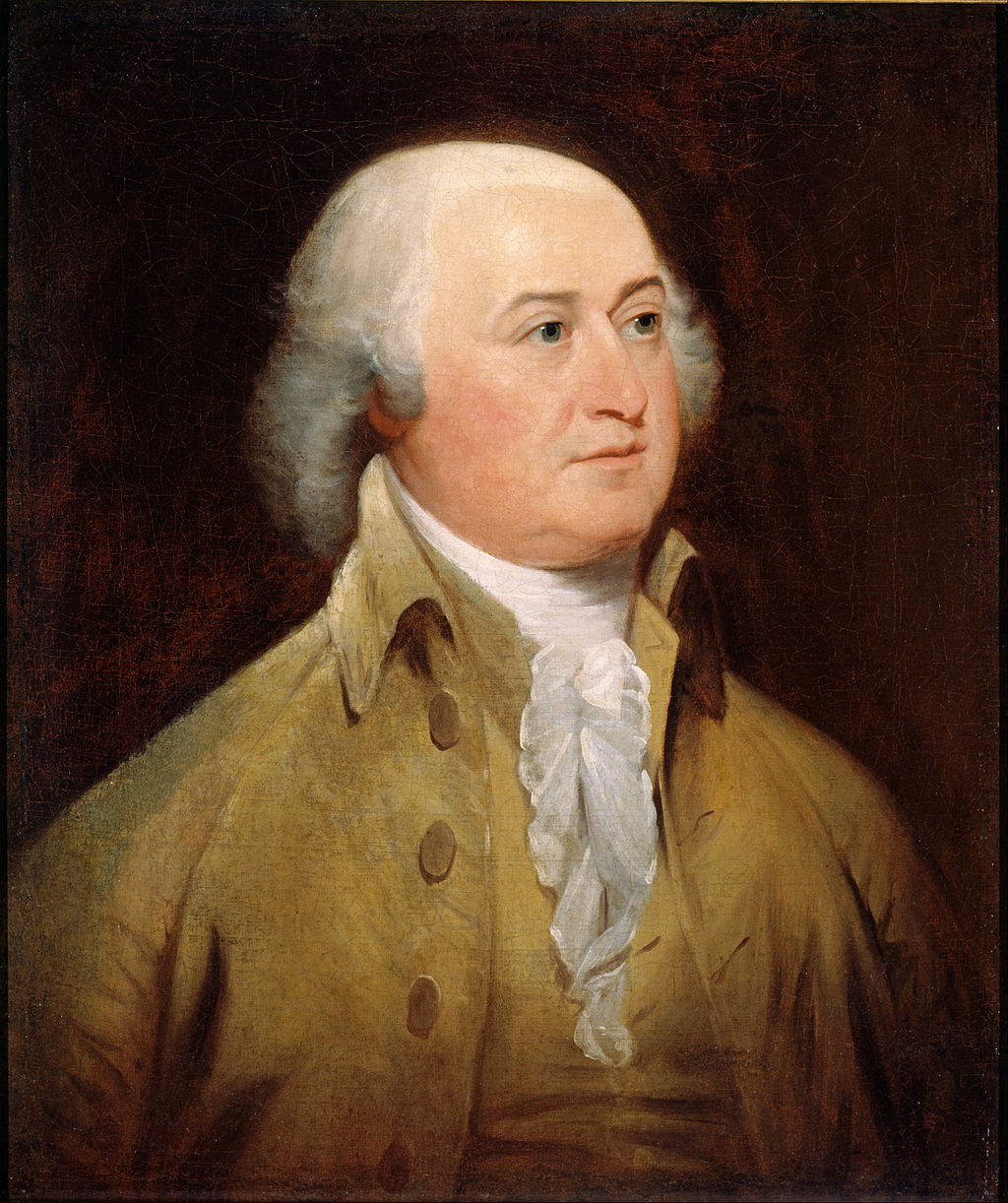 “John Adams” by John Trumbull depicts the American statesman and  Founding Father, who served as the second President of the United States (1797–1801) and served two terms as the first Vice President (1789–97).

John Adams assisted Thomas Jefferson in drafting the Declaration of Independence in 1776. As a diplomat, he helped negotiate the eventual peace treaty with Great Britain.

In his single term as president, he was the first U.S. president to reside in the executive mansion, now known as the White House.

In 1800, Adams lost his re-election to Thomas Jefferson and retired to Massachusetts. He died on the same day as Jefferson on the 4th of July 1826, precisely fifty years after they had ratified the passage of the Declaration of Independence.

His “Declaration of Independence” was used on the reverse of the commemorative bicentennial two-dollar bill.

Trumbull incorporated the likeness of his portraits into his depiction of the signing of the “Declaration of Independence” that is on display in the U.S. Capitol Rotunda.

John Adams: The 2nd President of the United States | Biography

“Abuse of words has been the great instrument of sophistry and chicanery, of party, faction, and division of society.”
– John Adams