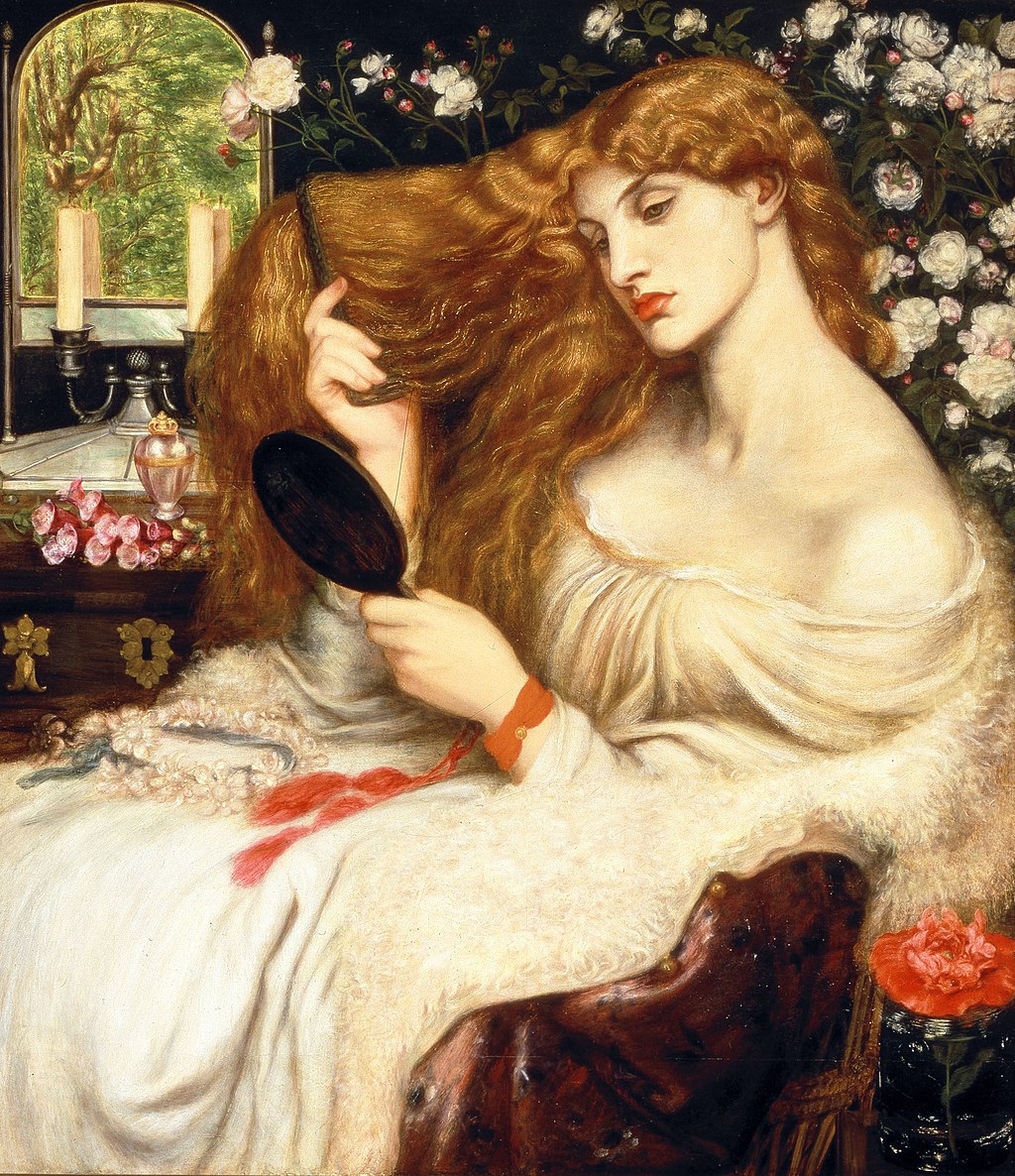 The name ‘Lilith’ is derived from the Babylonian Talmud. It refers to a dangerous demon of the night, associated with the seduction of men and the murder of children.

The character is thought to have been derived from the stories of female demons in ancient Mesopotamian religion, found in the cuneiform texts of Sumer, the Akkadian Empire, Assyria, and Babylonia.

Rossetti first painted this artwork using Fanny Cornforth as the model; he then altered the painting to show the face of another model, Alexa Wilding.

Rossetti overpainted Cornforth’s face, after the success of his picture of “Sibylla Palmifera,” in which Wilding is the model and because he was starting a relationship with Fanny Cornforth. 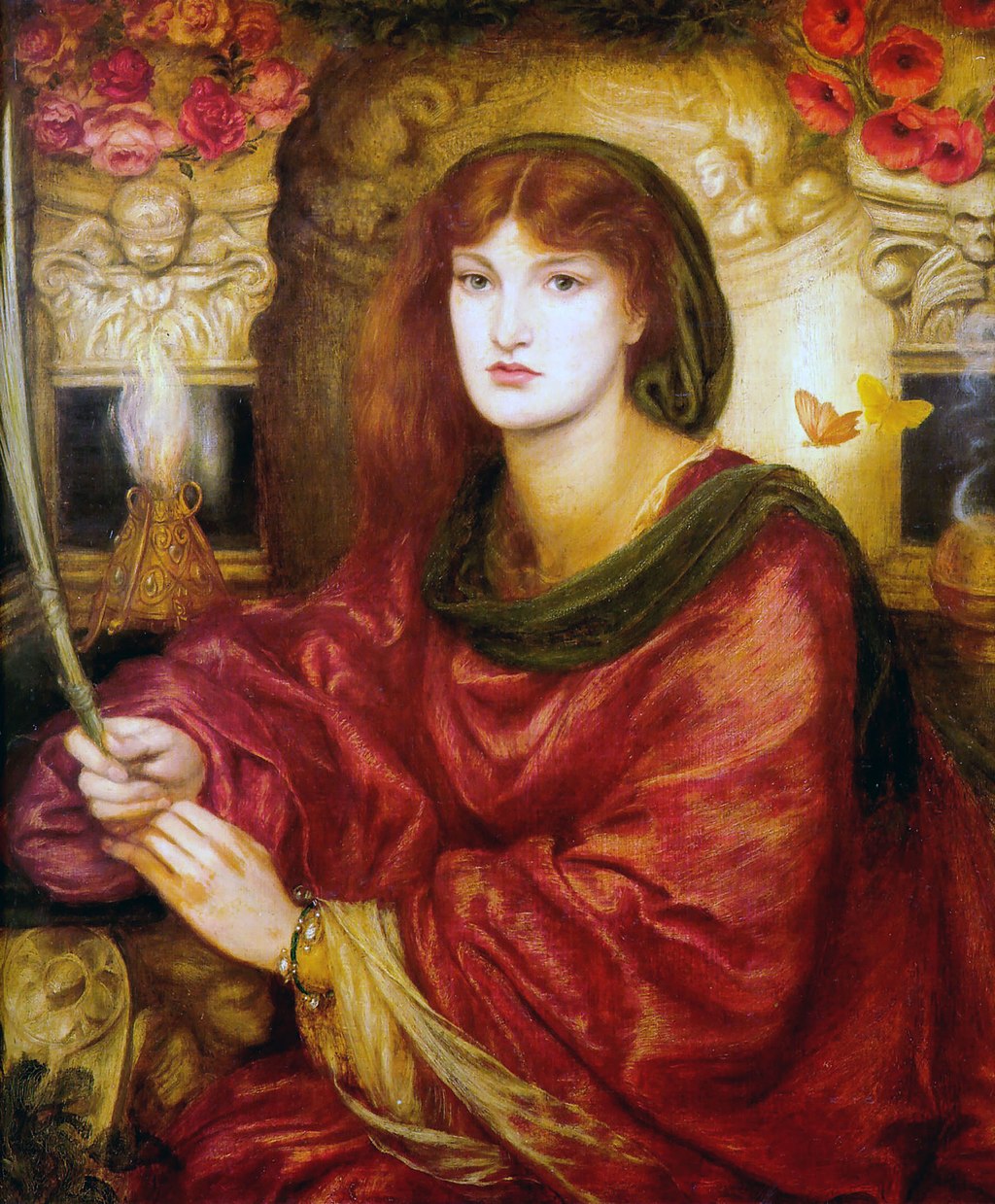 A replica of Lady Lilith, painted by Rossetti in watercolor, which shows the face of Cornforth, is at New York’s Metropolitan Museum of Art.

It has a verse from Goethe’s Faust as translated by Shelley on a label attached by Rossetti to its frame:

“Beware of her fair hair, for she excels
All women in the magic of her locks,
And when she twines them round a young man’s neck
she will not ever set him free again.”

Its sensuality and its medieval revivalism characterized Rossetti’s art. Rossetti’s personal life was closely linked to his work, especially his relationships with his models and muses.