The Rockwood Museum and Park is an English-style country estate built in 1851 and designed in Rural Gothic Revival Architecture. The style avoided all the tracery and pinnacles that made Gothic Revival buildings look like churches.

The “Rural Gothic” was the most fashionable style at the time and took its inspiration from rural British buildings of 400 years earlier. Rural Gothic was plain and avoided symmetry.

The six acres of the historic garden of Rockwood, extent from the early 1850s, its landscape referred to as Mixed Style.

The landscape style combined all the best features of the broader English Naturalistic style, which began in the 1730s. This style is characterized by extensive open lawns, sweeping vistas, curving paths, and trees and shrubs.

Rockwood Mansion was built for Joseph Shipley, a merchant banker originally from Wilmington. Shipley spent most of his life in Liverpool, England, where he became wealthy.

When Shipley retired, he moved his entire household from England, bringing his favorite dog and horse, as well as gardener and housekeeper. Rockwood includes much of  Shipley’s furniture imported from England. 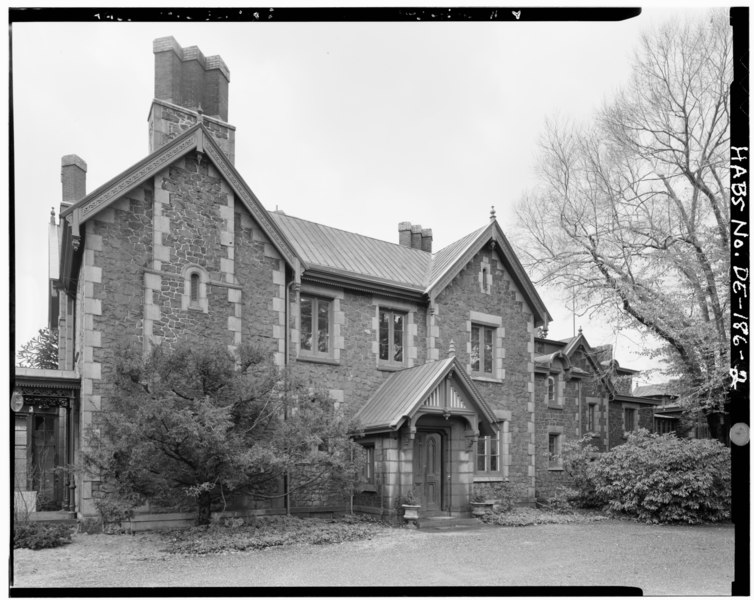 Highlights of the Rockwood Museum and Park

Tour of the Museums in Wilmington, Delaware

“Since the Gothic, European sculpture has become overgrown with moss, weeds – all sorts of surface excrescences which completely concealed shape.”
– Henry Moore