Mrs. Schuyler Burning Her Wheat Fields on the Approach of the British

The story is based on the account written in 1846 by Catherine Van Rensselaer Cochrane, Mrs. Schuyler’s youngest daughter, one of the four Schuyler sisters.

The painting reflects the history painting tradition of Düsseldorf School that Emanuel Leutze attended and received his formal art education. Leutze made efforts to obtain an accurate portrayal of Mrs. Schuyler by studying a portrait in the family’s possession.

Patriotic feelings were heightened with the Mexican American War, which inspired patronage for such themes.

Catherine Van Rensselaer Schuyler (1734 – 1803) was a Colonial and post-Colonial American socialite and the matriarch of the prominent colonial Schuyler family as the wife of Philip Schuyler.

Her husband, Philip Schuyler, was known as a man of great wealth and intelligence. He commanded a militia in the French and Indian War and still managed to assume ownership of the large estate given to him by his father.

Together, Philip and Catherine had 15 children, eight of whom survived to adulthood. 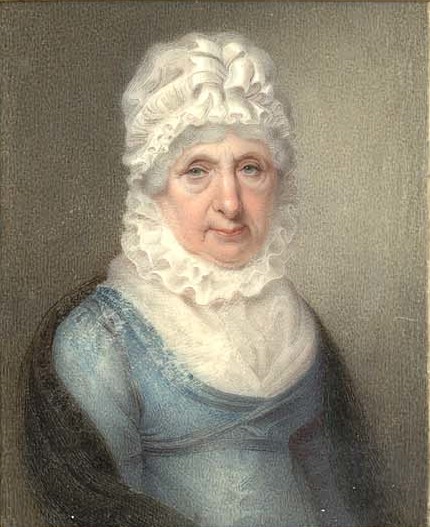 The Battles of Saratoga

The Battles of Saratoga in 1777 marked the climax of the Saratoga campaign, giving a decisive victory to the Americans over the British in the American Revolutionary War.

Burgoyne found himself trapped by superior American forces with no relief, so he retreated to Saratoga (now Schuylerville) and surrendered his entire army on October 17.

Burgoyne’s strategy to divide New England from the southern colonies had started well but slowed due to logistical problems.

Schuylerville is a village located in the northeast part of the Town of Saratoga, east of Saratoga Springs. The village was incorporated in 1831 and is named after the Schuyler family, a prominent family of Dutch descent in colonial America.

Schuylerville was the site of the British Army’s surrender under General John Burgoyne following the Battles of Saratoga (1777). Schuylerville contains several historic buildings, including the General Schuyler House.

Originally inhabited by Native Americans, the region was eventually settled by Dutch settlers from Albany, New York, in 1691, who called the region Fort Saratoga. These settlers included the influential Schuyler family.

Homes and mills were built by European Americans, including General Phillip Schuyler’s flax mill in 1767, the first of its kind in the American colonies.

“Mrs. Schuyler Burning Her Wheat Fields on the Approach of the British” by Emanuel Leutze

Leutze was born in Germany and was brought to the United States as a child in 1825. His parents settled first in Fredericksburg, Virginia, and then at Philadelphia.

In 1842 he went to Munich, to study and in the following year, he visited Venice and Rome, making studies from Titian and Michelangelo.

After an Italy tour, he returned to Düsseldorf in 1845, making his home there for 14 years before returning to the United States in 1859.

Virtual Tour of the Los Angeles County Museum of Art

The Women of Hamilton