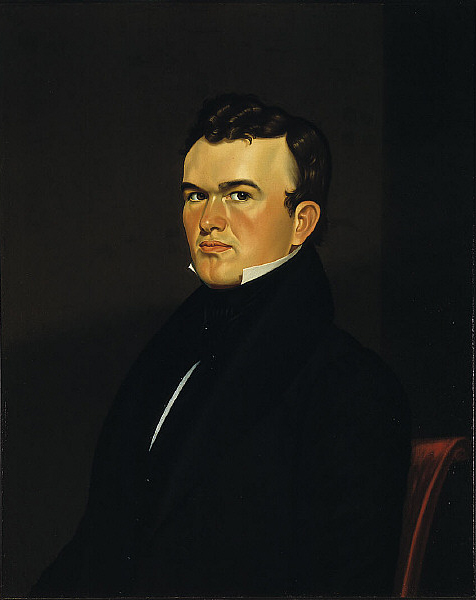 His paintings of Americans provide a unique perspective of frontier life along the Missouri River. However, as an artist, Bingham’s reputation languished by the turn of the century.

In 1934, the St. Louis Art Museum held a retrospective exhibition of his work, and interest in his art increased. Art historians noticed his depictions of ordinary people from the middle of the previous century, as better known and appreciation of his work grew.

Bingham exemplifies the Luminis Art Style of American landscape painting style of the 1850s – 1870s. The technique was characterized by a focus on the effects of light in landscapes and often depict calm, reflective water and a soft, hazy sky.

Luminism is distinguished by an attention to detail and the hiding of brushstrokes, in contrast, to Impressionism which is marked by less focus on details and an emphasis on noticeable brushstrokes

By the early 2000s, Bingham was considered one of the greatest American painters of the 19th century. Over twenty newly discovered paintings by Bingham have been authenticated with the increased interest in his art.

“Fur Traders Descending the Missouri” by George Caleb Bingham is one of his most famous paintings, originally entitled, “French Trader, Half-breed Son.”

It reflects the reality of fur trappers and traders frequently marrying Native American women. In Canada, the ethnic Métis people, trace their descent to First Nations peoples and European settlers.

The painting recalls a foundation era in American history, especially with the liberty cap worn by the older man and a cub seated at the end of the boat, secured by a chain.

Self-Portrait of the Artist

“Self-Portrait of the Artist” by George Caleb Bingham did not emphasize his identity as an artist but used the conventions and style he used to depict his clients. This self-portrait served as an advertisement for his work.

Bingham began his artistic career by filling the demand for portraits among the prominent citizens of Missouri.

East Coast painters did not make regular trips to the west. Bingham’s clients in the western states were as anxious to have their images portrayed as other prosperous parts of America. Museum:  Saint Louis Art Museum

The Verdict of the People

“The Verdict of the People” by George Caleb Bingham is the last painting of Bingham’s Election Series. This painting depicts the end of the story represented in the series by showing the climax of the electoral process and the announcement of the election results.

Bingham depicts a densely crowded scene conveying the diversity of the voting populace in detail. Bingham also references the political issues of slavery, temperance, and a representative government, subjects that were of local and national relevance.

During the early 1850s, the temperance movement was growing, and more states were abolishing alcohol. A popular book at the time associated the cause of anti-slavery to that of temperance. Museum:   Saint Louis Art Museum

“The County Election” by George Caleb Bingham is the first painting he made for his Election Series showing the voting process in Missouri.

This painting depicts men from different social classes lining up the stairs to vote. A banner displays the words, “The Will of the People” and “The Supreme Law,” a credo that had significant meaning for George Caleb Bingham.

Bingham believed that every man should have the right to vote because the will of the people should be the supreme law.

Bingham chose to depict the scene outside in the open rather than behind the curtains of the government to represent universal suffrage. Bingham believed that people had a right to share their ideas. Museum:   Saint Louis Art Museum

“Stump Speaking” by George Caleb Bingham is the second painting in the artist’s Election Series showing the voting process in Missouri. This painting depicts a politician attempting to persuade the audience to vote in his favor.

Bingham depicted three key figures that stand out because of their bright white clothing. The three figures symbolized Bingham’s views of “the past,” “the present,” and “the future” of American politics.

Firstly the “Outstanding Citizen” who is sitting man opposite of the Speaker with the larger wite tophat. Bingham’s sketch refers to this figure as representing “the past” as the man’s sharp edges, and fine clothes show how he is unwilling to bend his beliefs.

The “Stump Speaker” has softer curves that represent “the present” of American politics, in which the figure is swaying the assembled crowd by bending to the people’s desires, shown by the curving arm that is outstretched to the audience. Museum:   Saint Louis Art Museum

Self-Portrait of the Artist

The American Artist – The Life & Times of George Caleb Bingham

“To the beautiful belongs an endless variety. It is seen not only in symmetry and elegance of form, in youth and health, but is often quite as fully apparent in decrepit old age. It is found in the cottage of the peasant as well as the palace of kings.”
– George Caleb Bingham