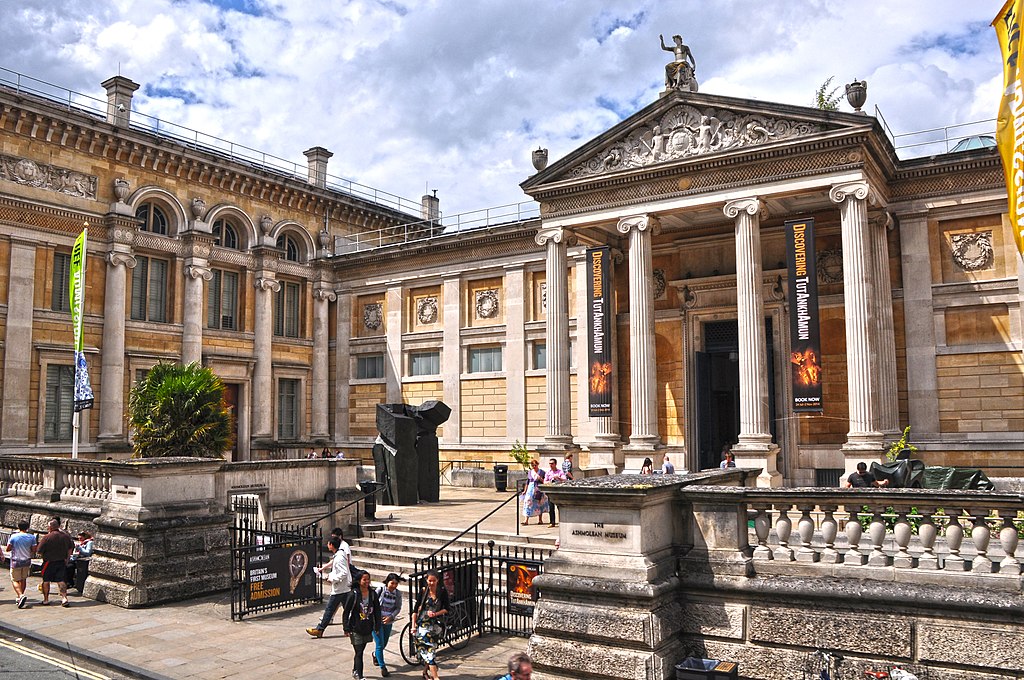 The museum’s first building was erected in 1678–1683 to house a cabinet of curiosities, and the present building was constructed 1841–1845.

The “Old Ashmolean” building has been established as the Museum of the History of Science, with exhibitions including the scientific instruments and has the world’s most extensive collection of astrolabes.

The main museum contains a vast collection of archaeological specimens and fine art. It has one of the leading collections of Pre-Raphaelite paintings, majolica pottery, and English silver.

The archaeology department includes the bequest of Sir Arthur Evans of Knossos, Crete fame, and has an excellent collection of Greek and Minoan pottery.

The department also has an extensive collection from Ancient Egypt and Sudan. In 2011, the Ashmolean opened the new galleries of Ancient Egypt and Nubia, that more than doubling the number of coffins and mummies on display. 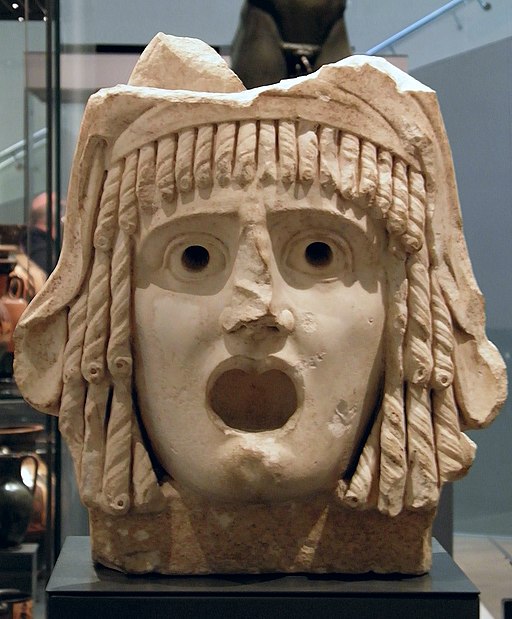 Highlights Tour of Ashmolean Museum of Art and Archaeology

The Alfred Jewel is an Anglo-Saxon goldsmithing work made of enamel and quartz enclosed in gold. It has been dated to the late 9th century, in the reign of Alfred the Great.

The Jewel is inscribed “aelfred mec heht gewyrcan,” meaning “Alfred ordered me made.” The Jewel was once attached to a rod at its base.

The function of the Jewel was as the handle for a pointing stick used to follow the words when reading a book.

It may be the handle for one of the precious “æstels” or staffs that Alfred sent to each bishopric along with a copy of his translation of Pope Gregory the Great’s book “Pastoral Care.”

Other jeweled objects with a similar form have survived, all with empty sockets.

The Messiah Stradivarius a violin made by Antonio Stradivari of Cremona, Lombardy, in 1716. It is considered the world’s most valuable violin and the only Stradivarius that is in like-new condition, as it is seldom played.

The violin remained in Stradivari’s workshop until he died in 1737. Having passed through the hands of several collectors, an experienced violinist on seeing it exclaimed: “Your violin is like the Messiah of the Jews: one always expects him, but he never appears.”

With this recognition of the value of this Stradivarius Violin, it was baptized with the name the “Messiah Stradivarius.”

The Messiah was bequeathed to the Ashmolean Museum in Oxford for preservation as “a yardstick for future violin makers to learn from.”

The tonal potential of the instrument has been questioned because it is not played.

These Bedouin Robes belonged to Colonel Thomas Edward Lawrence (1888 – 1935), a British archaeologist, army-officer, diplomat, and writer. He became renowned for his role in the Arab Revolt against the Ottoman Empire during the First World War.

Lawrence’s role in the Arab Revolt and the Sinai and Palestine Campaign (1915-1918) and his ability to describe them vividly in writing, earned him international fame as “Lawrence of Arabia.”

T. E. Lawrence was infamous for his scruffy appearance when in the British Khaki uniform. However, Lawrence took on quite a different guise when his friend King Faisal of Iraq suggested he dress in his set of Arab wedding clothes.

Initially, Lawrence’s important role in the British campaigns in the Middle East during World War I was not well known.

However, in 1918, Lowell Thomas, an American writer, and broadcaster, met Lawrence in his Arab uniform and was inspired to capture his story.

The Narmer macehead is an ancient Egyptian decorative stone mace head. The mace is a club-like weapon with a heavy top stone that is pierced for the insertion of a handle, originally developed as a weapon of war.

In Ancient Egypt, the mace is the characteristic weapon of Predynastic Egypt. The mace’s function evolved to become a ceremonial object.

The Narmer Macehead was found in the temple area of the ancient Egyptian city of Nekhen (Hierakonpolis) in 1898. It is dated to the Early Dynastic Period reign of king Narmer 3200 – 3000 BC, whose heraldic crest is engraved on it.

The Narmer macehead is well preserved and has numerous engraved illustrations and markings. The designs on the Narmer Macehead have been given various interpretations.

The Macehead of King Scorpion

The Scorpion Macehead is an Ancient Egyptian ceremonial stone macehead. Ceremonial mace-heads are oversized versions of the small stone weapons that were typical grave goods during Egypt’s Predynastic Period.

In Ancient Egypt, the mace was the symbolic weapon of Predynastic Egypt. However, this ceremonial macehead’s function had evolved with their culture. Their size and decoration suggest that they had ritual significance, rather than a practical function.

The maceheads had become symbols of the Egyptian elite by about 3100 BC. Their surfaces were carved with imagery associated with the institution of kingship.

The scenes on the fragments of this Macehead depict King Scorpion performing the ceremonial opening of an irrigation canal.

It is attributed to the Pharaoh Scorpion (c. 3200–3000 BCE) due to the glyph of a scorpion engraved close to the image of a king wearing the White Crown of Upper Egypt.

The “Sumerian King List” is a clay prism with ancient Sumerian text that lists the kings of Sumer from Sumerian and neighboring dynasties.

This clay cuneiform inscribed vertical prism is also called the Weld-Blundell Prism. The four sides, about 20 cm high and 9 cm wide are marked in the Sumerian language.

The prism lists the Sumerian kings with each side containing the text in two columns. The list begins with the antediluvian rulers and ends with the Dynasty of Isin (1827–1817 BC).

The list includes the King’s reign lengths and the locations of the kingship, and the list of kings is sequential.

Many of the Kings were contemporaries, reflecting the belief that kingship was handed down by the gods and could be transferred from one Sumerian city to another in southern Mesopotamia.

This Battlefield Palette may be the earliest battle scene representation from Ancient Egypt. Created before Egypt was united as one state under one pharaoh, a regional ruler commissioned this decorated palette to increase their influence.

It was intended for display in early rituals related to power. The Battlefield Palette depicts the aftermath of a great battle.

A lion devours a prisoner and vultures attack bound individuals and corpses. In the top left, two captives are tied to ceremonial standards topped with images that may represent gods.

The Battlefield Palette has the circular defined area for the mixing of an unknown ceremonial substance. The battlefield scene was a forerunner of hieroglyphs.

The palette is made of grey mudstone and is pictured with another fragment from the Ashmolean Museum, Oxford.

The “Princesses Fresco” depicts the informal theme of palace life at the new capital city called Akhetaten, built by pharaoh Akhenaten. At the new city, the king lived with his queen, Nefertiti, and their six daughters in a newly decorated Royal Court.

The larger fragment of the wall painting depicted Akhenaten and Nefertiti relaxing with their daughters. This small fragment shows the two Princesses sitting casually on floor cushions in the foreground.

The princesses, following an ancient tradition, are represented with shaved heads. Some ancient skulls have been found with elongated shape but not to such a degree or shape depicted in this fragment.

Some skull bandage was practiced and the mummy of Tutankhamun shows that his skull was slightly deformed. The princesses are reproduced with similar deformations but much more pronounced.

The elongated skulls may have a theological or cultural reason such as imitating the skull of certain newborns or their father’s fashion. 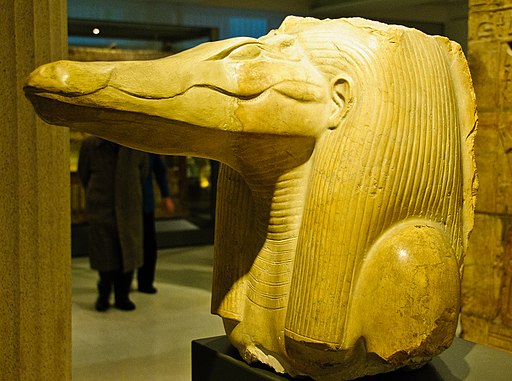 Statue of Sobek, the crocodile god, from the pyramid temple of Amenemhat III

“I set myself again to mine occupation, to wit, to the drawing figures of angels: in doing which, I conceived of writing of this matter in rhyme, as for her anniversary.”

Hunt’s painting shows an ancient Christian family of Britons occupying a crudely constructed hut by the riverside. They are carrying for a missionary who is hiding from a mob of pagan British Celts who are outside the shelter.

A Druid is visible in the background on the left, pointing towards another missionary, on the far right who is being chased by the mob. The Christian family is hiding a priest from a crowd of heathens and Druids.