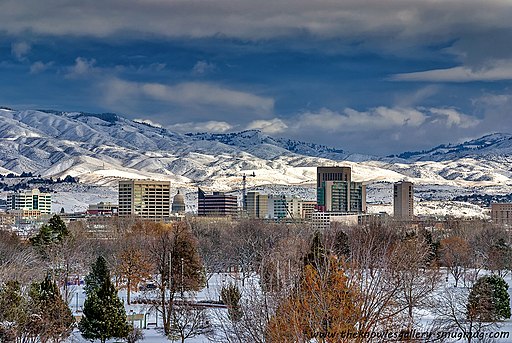 Boise, the capital of Idaho, is located on the Boise River in southwestern Idaho. The area was called Boise before the establishment of Fort Boise, to protect the Oregon Trail in 1863 during the U.S. Civil War.

Accounts differ regarding the origin of the city’s name. One account credits a French-speaking guide of the U.S. Army, who exclaimed at the sighting of the tree-covered river, yelled, “Les bois! Les bois!” meaning “The woods! The woods!” and the name stuck.

Another account claims that French Canadian fur trappers from the 1820s named the river that flows through Boise. They called the tree-lined valley “La rivière boisée,” which means “the wooded river.”

During the mid-1860s, Idaho City was the largest city in the Northwest and was an essential staging area for the Oregon Trail and mining expeditions. The Idaho Territory was originally larger than Texas before the creation of the Montana Territory. 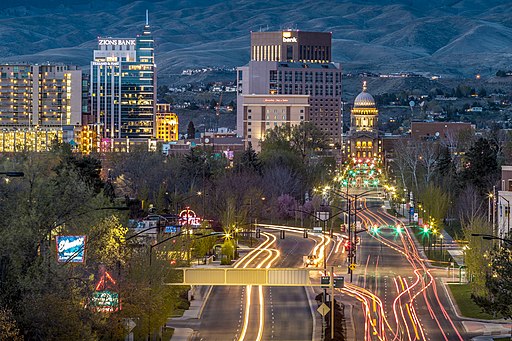 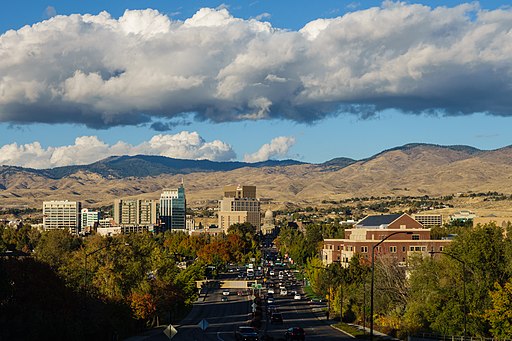