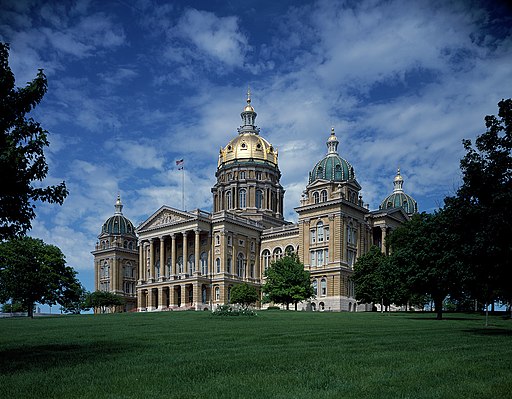 Des Moines, the capital of Iowa, was incorporated in 1851, as Fort Des Moines, which was later shortened to “Des Moines.”  It is named after, the Des Moines River, which was adapted from the early French name, meaning “River of the Monks.”

Based on archeological evidence, the junction of the Des Moines and Raccoon Rivers has attracted humans for at least 7,000 years. Several prehistoric occupation areas have been identified in Des Moines.

In 2010, an expansive, 7,000-year-old site was found that contained well-preserved house deposits and numerous graves. More than 6,000 artifacts were found at this site.

At least three Late Prehistoric villages, dating from about AD 1300 to 1700, stood in or near what developed later as downtown Des Moines.

Also, over 15 prehistoric American Indian mounds were observed in this area by early settlers. All have been destroyed during the development of the city.

Today, Des Moines is a major center of the US insurance industry and has a sizable financial services and publishing business base. Des Moines is also the cultural center for Iowa and home to several art and history museums. 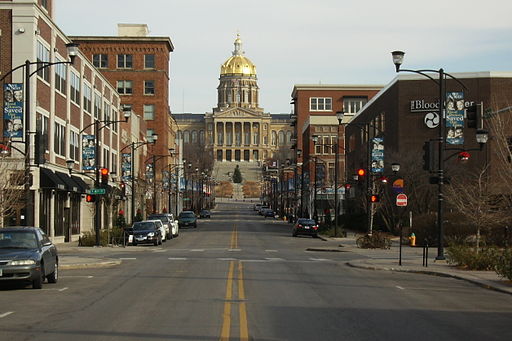 The History of the Iowa Capitol Building in Des Moines, Iowa