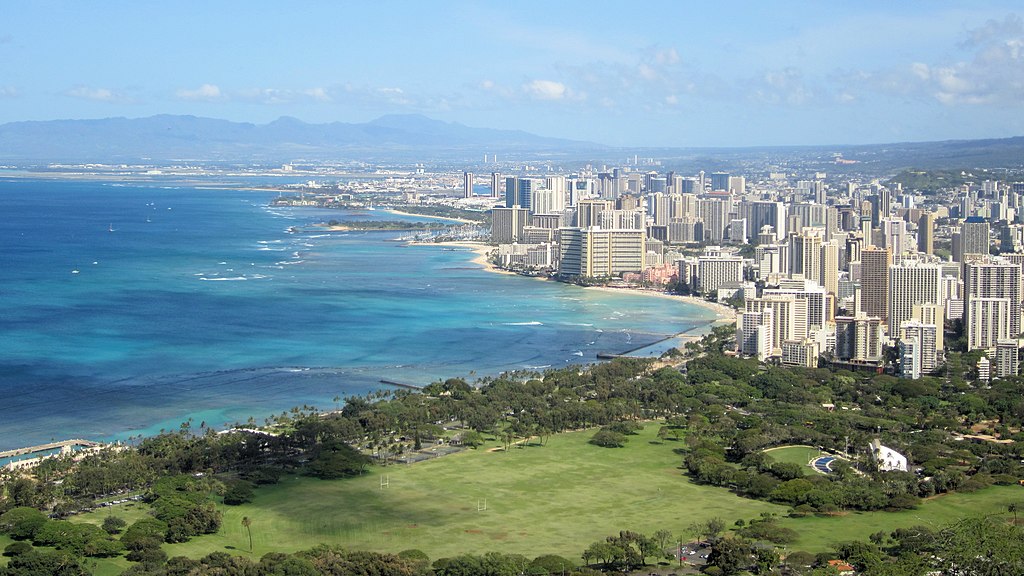 Honolulu is the capital and largest city of Hawaii, as well as being the most remote city of its size in the world. Honolulu means “sheltered harbor”.

The city has been the capital of the Hawaiian Islands since 1845 and gained historical recognition after the attack on Pearl Harbor in 1941.

Evidence of the first settlement of Honolulu by the original Polynesian migrants dates back to the 11th century. In 1794, the British Navy was the first European ship to sail into what is now Honolulu Harbor.

Despite the turbulent history of the overthrow of the Hawaiian monarchy in 1893 and Hawaiʻi’s subsequent annexation by the United States in 1898, Honolulu has flourished into a major modern city with diverse cultural institutions.

Virtual Tour of Museums in Honolulu

Highlights Tour of Museums in Honolulu

The Honolulu Museum of Art is the largest Art Museum in Hawaii and has one of the largest collections of Asian and Pan-Pacific art in the United States.

Its collections have grown to more than 50,000 works of art.

The USS Arizona Memorial marks the resting place of 1,102 sailors and Marines killed on USS Arizona during the attack on Pearl Harbor in 1941.

The Memorial and commemorates the events of that day and the attack on Pearl Harbor that directly led to the United States’ involvement in World War II.

Accessible only by boat, the memorial structure straddles the sunken hull of the battleship.  The battleship’s sunken remains were declared a National Historic Landmark in 1989.

Following the end of World War II, Arizona’s wrecked superstructure was removed, and efforts began for the erect a memorial at the submerged hull.

The United States Navy specified the Memorial be in the form of a bridge floating above the ship.

The ʻIolani Palace was the royal residence of the rulers of the Kingdom of Hawaii, beginning with Kamehameha III in 1845 and ending with Queen Liliʻuokalani in 1893.

The Palace served as the official residence of the monarch during the reigns of Kamehameha III, Kamehameha IV, Kamehameha V, Lunalilo, and the first part of Kalākaua’s reign.

Initially, the Palace was primarily meant for receiving foreign dignitaries and state functions with the monarch preferring to sleep in private homes.

Kalākaua was the first monarch to travel around the world. While visiting Europe, he took note of the grand palaces owned by other rulers.

He commissioned the construction of a new ʻIolani Palace to become the official Palace of the Hawaiian monarchy. It had electricity and telephones even before the White House.

The Bishop Museum is a museum of history and science founded in 1889. It is the largest museum in Hawai’i and has the most extensive collection of Polynesian cultural artifacts and natural history specimens.

The museum’s holding of natural history specimens exceeds 24 million, of which the entomological collection alone represents more than 13.5 million specimens making it one of the largest insect collections in the USA.

The museum was built on the original boys’ campus of Kamehameha Schools, an institution created at the bequest of the Princess, to benefit native Hawaiian children.

In 1898, Charles Reed Bishop, a businessman, and philanthropist had Hawaiian Hall and Polynesian Hall built on the campus.

Bishop developed the museum in memory of his late wife, Princess Bernice Pauahi Bishop (1831–1884). She was born into the royal family and was the last legal heir of the Kamehameha Dynasty, which had ruled the Kingdom of Hawaiʻi until 1872.

Bishop had initially intended the museum to house family heirlooms passed down through the royal lineage of his wife.

The Contemporary Museum and the Honolulu Academy of Arts

Photo Credit: By Hakilon (Own work) [CC BY 3.0 (creativecommons.org/licenses/by/3.0)], via Wikimedia Commons