Louisville is the largest city in Kentucky and was named after King Louis XVI of France, whose soldiers aided the Americans in the Revolutionary War. It was founded in 1778 making it one of the oldest cities west of the Appalachians.

The rapids at the Falls of the Ohio River created a barrier to river travel, and as a result, settlements grew up at this stopping point. The river traffic between the upper Ohio River and the Gulf of Mexico helped the settlement grow as a portage site.

Later it became the founding city of the Louisville and Nashville Railroad, which grew into a system across 13 states.

Today, the city is known as the home of the Kentucky Derby, its education centers, its Fortune 500 companies, and as home to UPS’s worldwide hub.

Downtown Louisville features “Museum Row” an area that hosts the Frazier History Museum, the Kentucky Science Center, the Kentucky Museum of Art and Craft, and the Muhammad Ali Center.

The National Society of the Sons of the American Revolution, the Speed Art Museum, and other interesting museums can also be found in the Louisville area. 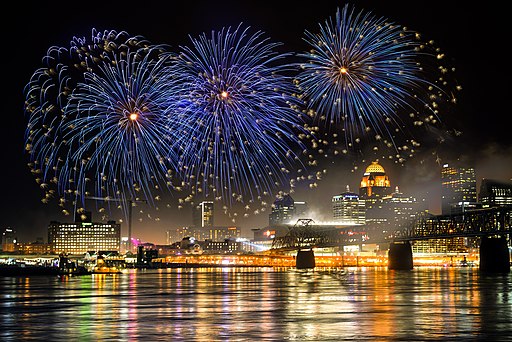