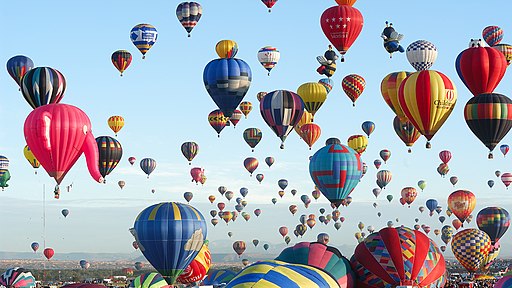 New Mexico is a state in the Southwestern region of the United States of America. It shares its borders with Utah, Colorado, Arizona, Texas, Oklahoma, and Mexico.

In prehistoric times, the area was home to Ancestral Puebloans, Mogollon, and the modern surviving Comanche and Utes inhabited the state.

Inhabited by Native Americans for many thousands of years before European exploration, it was colonized by the Spanish in 1598. In 1563, it was named by Spanish settlers, Nuevo México, after the Aztec Valley of Mexico.

After Mexican independence in 1821, New Mexico became a Mexican territory with considerable autonomy, eventually leading to the Revolt of 1837.

After the Mexican–American War in 1848, the United States annexed New Mexico as the U.S. New Mexico Territory. It was admitted to the Union as the 47th state in 1912.

Its state’s capital, Santa Fe, was founded in 1610 as the capital of Nuevo México, while its largest city today is Albuquerque.

During the 1940s, part of the Manhattan Project, which developed the first atomic bomb, was managed by the Los Alamos National Laboratory near Santa Fe, New Mexico.

The largest Hispanic and Latino groups represented include the Hispanos of New Mexico, Chicanos, and Mexicans, who influenced New Mexico’s unique history, cuisine, and music.

The Palace of the Governors – Santa Fe, New Mexico

Aerial view of the Rio Grande flowing through Albuquerque 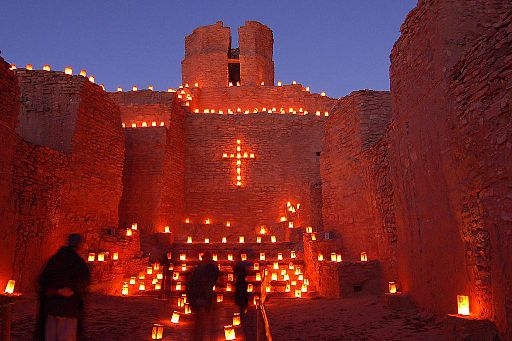