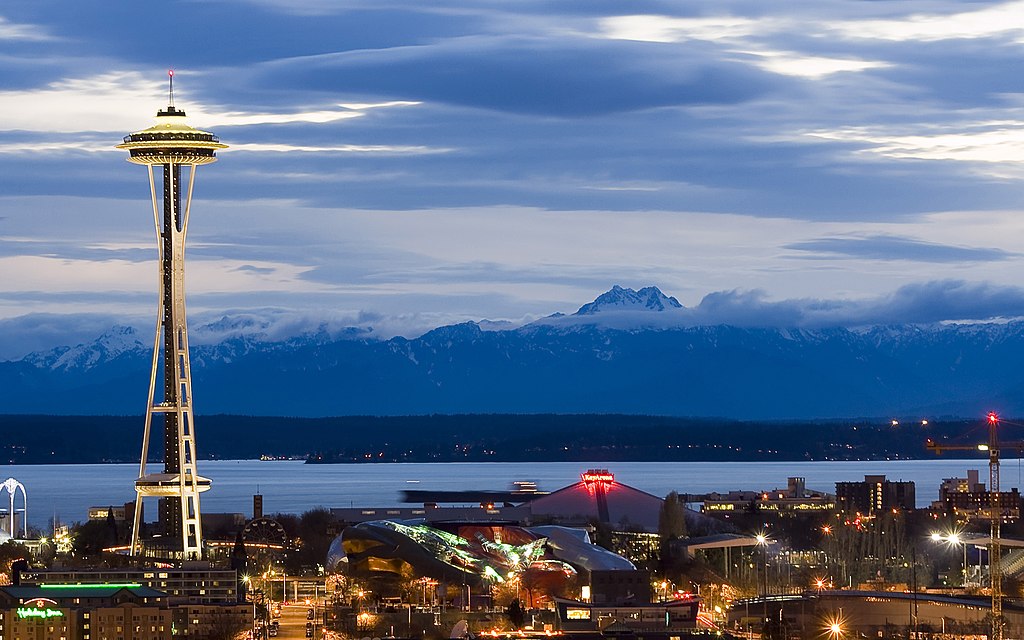 Seattle is the most northern large city in the United States, located about 100 miles (160 km) south of the Canadian border.

Native Americans inhabited the Seattle area for at least 4,000 years before the first permanent European settlers. The settlement was named “Seattle” in 1852, in honor of Chief Si’ahl of the local Duwamish and Suquamish tribes.

Logging was Seattle’s first primary industry, and later the area became a commercial gateway to Alaska during the Klondike Gold Rush.

After World War II, growth was invigorated by Boeing, which established Seattle as a center for aircraft manufacturing.

The Seattle area developed into a technology center from the 1980s onwards, with companies like Microsoft becoming established in the region.

Many Software, Biotechnology, and Internet companies have started or established their offices in Seattle, driving the city’s growth. 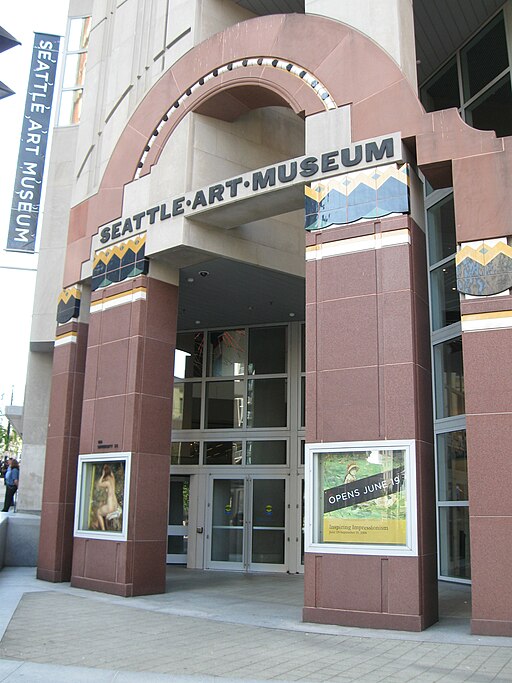 Seattle has many excellent museums to explore. The first public art museum in Washington, The Henry Art Gallery opened in 1927, The Seattle Art Museum (SAM) opened in 1933.

In 1991 the Seattle Asian Art Museum opened, followed by the Olympic Sculpture Park in 2007.

Virtual Tour of the Museums in Seattle, Washington 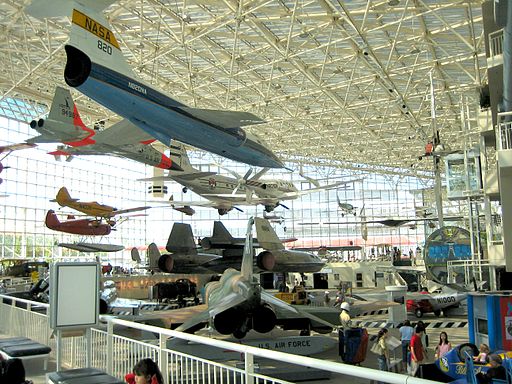 Highlights Tour of the Museums in Seattle, Washington

The Seattle Art Museum (SAM) is an art museum that has three primary facilities. Its main museum is in downtown Seattle, the Seattle Asian Art Museum (SAAM) is located in Volunteer Park, and the Olympic Sculpture Park is located at the central Seattle waterfront.

The museum’s collection has grown to over 25,000 pieces and it traces its origins to the Seattle Fine Arts Society (1905) and the Washington Arts Association (1906), which merged in 1917.

In 1991, SAM reopened its new downtown facility, and in 1994, the Volunteer Park facility became the Seattle Asian Art Museum. In 2007, the Olympic Sculpture Park opened to the public.

The museum’s collections of modern and ethnic art are notable as are its early Italian paintings by Dalmasio Scannabecchi, Puccio di Simone, Giovanni di Paolo, Bartolomeo Vivarini, and Paolo Uccello.

The Museum of Flight is an air and space museum was established in 1965 and is one of the largest museums of its type in the world.

The Museum of Flight traces its foundation to 1965 with the recovery and restoration of a 1929 Boeing 80A-1.

In 1975, the museum acquired the 1909 all-wooden William E. Boeing Red Barn, the original home of the Boeing company, which was relocated to its current location at the southwestern end of Boeing Field.

Today, the museum’s gallery’s structure is built in a space frame lattice structure that holds more than 20 hanging aircraft, and housing more than 150 aircraft in its collection.

The museum’s education programs grew significantly with the creation of a Challenger Learning Center in 1992. It includes a mockup NASA mission control, and experiments from all areas of space research.

The museum’s core collection consisted of representational works, with a tendency toward the dramatic, and the psychological artworks.

The Frye Art Museum’s collection highlights many kinds of paintings, prints, works on paper, and sculptures.

The Frye Art Museum library contains over 1000 books and specializes in 19th and 20th century American and German art.

The Museum of History & Industry (MOHAI) is a history museum with a collection of nearly 4 million artifacts, photographs, and archival materials that primarily focus on Seattle and the greater Puget Sound region.

A portion of this collection is exhibited in the museum’s galleries at the historic Naval Reserve Armory in Lake Union Park.

The museum traces its roots to the establishment of the Seattle Historical Society in 1914. In 2012, the museum held the public opening for its new home in South Lake Union.

The MOHAI collection has about 100,000 three dimensional artifacts, over 3 million photographs, and around 200,000 archival holdings.

The National Nordic Museum is a museum in Seattle, Washington, dedicated to the history of the area’s Nordic immigrants.

The museum was founded in 1980 and was designated as the National Nordic Museum in 2019.

LeMay – America’s Car Museum exhibits cars notable for their speed, technology, and design, as well as their importance to automotive culture. The museum’s collection consists of automotive artifacts and 250 automobiles spanning over 100 years of automotive history.

The collection celebrates America’s love affair with the automobile and includes global marques. The museum also consists of open storage galleries for collection vehicles, not on active display.

In addition to its permanent collection, the museum hosts about another 100 vehicles on exhibit loans from private collections. The museum has had “Club Auto” satellite locations in other locations in the USA.

WHAT ARE THE BEST MUSEUMS IN SEATTLE?

“Earth does not belong to us; we belong to the earth. Take only memories, leave nothing but footprints.”
– Chief Seattle